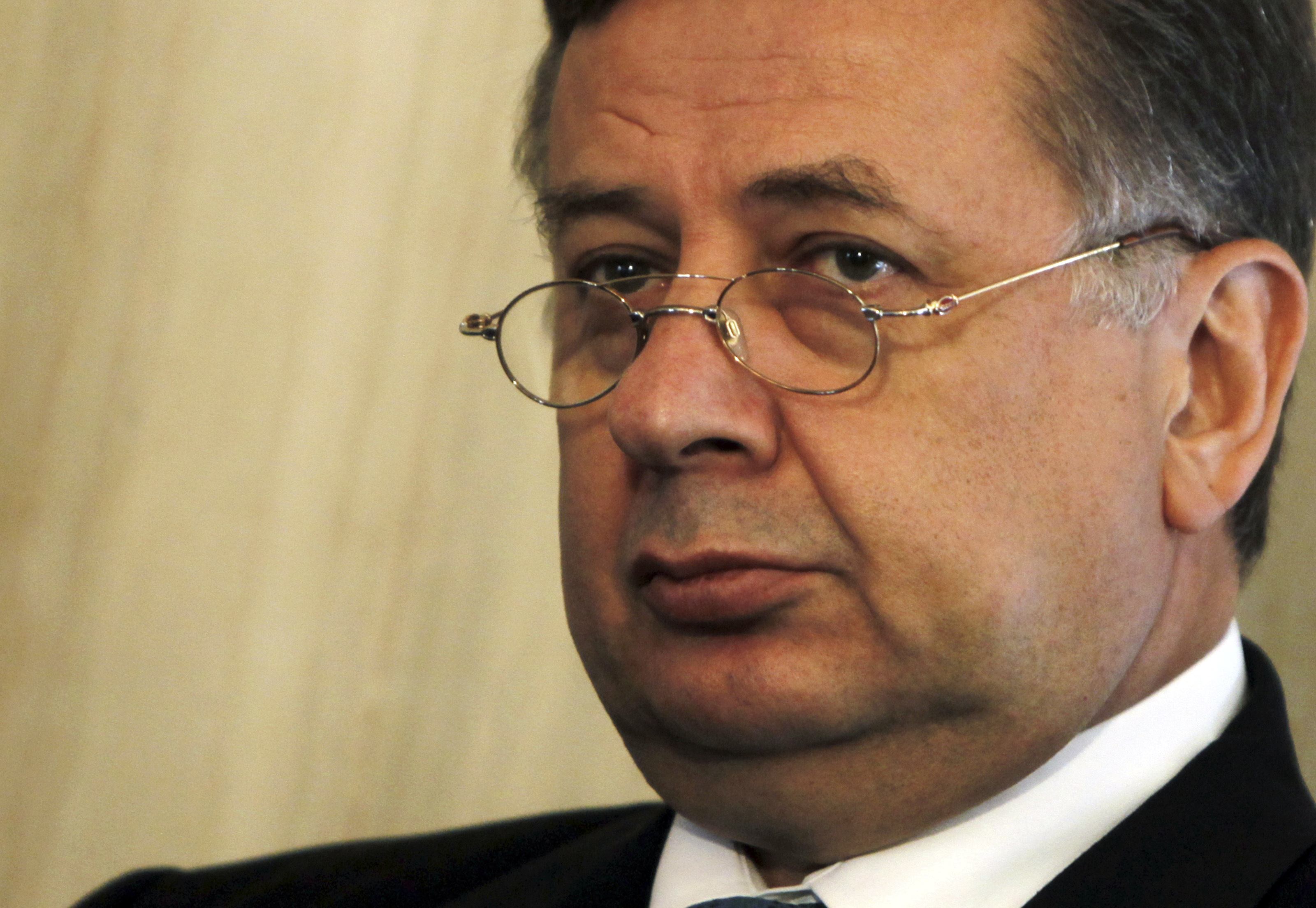 Turkey's Ambassador to Egypt Huseyin Avni Botsali attends a news conference by Turkey's Foreign Minister Ahmet Davutoglu (not pictured) at the presidential palace in Cairo in this September 17, 2012 file photo.

ANKARA - Turkey&39;s ambitions to become a regional leader with a "zero problems" foreign policy have been left in tatters by the Syrian civil war, rising sectarian tensions and a fresh diplomatic fallout with Egypt.

The predominantly Sunni Muslim NATO member state is now seeking to mend fences with Shiite powers Iraq and Iran to restore its waning clout in the Middle East in the wake of the Arab spring uprisings.

The Syrian conflict has upset the balance of power in Turkey&39;s backyard and dealt a blow to Prime Minister Recep Tayyip Erdogan&39;s lofty regional goals, his stature on the international stage also tarnished by the wave of anti-government protests that gripped the country in June.

Disputes with Israel, Cyprus and Armenia also linger on, while the spat with Cairo came to a head Saturday when Egypt&39;s military rulers expelled Turkey&39;s ambassador over Erdogan&39;s support for ousted Islamist president Mohamed Morsi.

"Today Turkey is a country which is drifting alone in a vacuum," said Faruk Logoglu, deputy head of the secular Republican People&39;s Party (CHP) and a former ambassador to Washington.

"In fact there is &39;no zero problem&39; policy left to talk about," said Sinan Ulgen, chairman of the Istanbul Centre for Economics and Foreign Policy Studies.

"Turkey failed to respond through realistic diplomatic moves to the changes in the region in the aftermath of the Arab spring," he said.

Erdogan, accused by critics of becoming increasingly authoritarian after 11 years at the head of a government with its roots in conservative political Islam, defiantly defended his actions as ensuring that Turkey was on the side of the righteous.

"We have supported the struggle for democracy in the world. We never respect those who do not respect the people&39;s sovereign rights," he said.

But Ulgen warned the crisis with Egypt would also have wider repercussions, including an impact on Ankara&39;s partnership with the oil-rich Gulf monarchies. Turkey, he said, was now on a "quest for a new balance" in its foreign policy, hence the overtures to Iraq and Iran.

Ankara&39;s relations with the two Shiite Muslim-led powers have been strained since the Syrian uprising erupted in 2011, leaving them on opposite sides of the war.

Faysal Itani from the Atlantic Council, a US think tank, said Turkey&39;s "early aggressive stance" against President Bashar al-Assad&39;s regime and its fervent support for the rebels had alienated its neighbours.

"Turkey probably saw this as a price worth paying. But I imagine they did not expect the regime to hold out against the rebels for so long," Itani said.

"Erdogan is re-evaluating Turkey&39;s regional posture in light of the disappointments of its Syria policy."

Turkey felt sidelined when the United States, its close NATO ally, decided against military strikes on Syria after an August chemical weapons attack.

Ankara in turn has faced accusations from some quarters in the United States that it is turning a blind eye to radical Al-Qaeda fighters crossing its long border to join the battle against Assad.

Erdogan&39;s government is now looking to Iran and Iraq to help contain the conflict as it grapples with the mass influx of an estimated 600,000 refugees from across the border, warning that Syria could become a Mediterranean Afghanistan or Somalia if world powers fail to act.

Turkish Foreign Minister Ahmet Davutoglu is heading to Tehran Monday, barely three weeks since his Iranian counterpart Mohammad Javad Zarif paid a visit to Ankara, where both men said they were ready to work together against ethnic and sectarian strife in the Middle East.

"We have more agreements than disagreements on regional issues," Zarif said.

Both sides have been pushing for a thaw after the June election of Iranian President Hassan Rouhani, which has seen Tehran open the door for dialogue with the West and renew talks with world powers on its contested nuclear programme.

And Turkey, which has little energy resources of its own, has shrugged off US pressure for it to reduce its imports of oil and gas from sanctions-hit Iran, its major supplier along with Russia.

The two governments had locked horns on issues ranging from Syria to the Kurds of Iraq.

Turkey is also alarmed by the growing influence of Kurdish militants in northern Syria and fears a de facto Kurdish state there -- similar to one already established in Iraq -- could provide a rear base of operations for Turkish Kurd fighters.

"Turkey may be feeling it needs to balance its hostility towards the Syrian regime with developing options to contain the Syrian Kurds, and could be shoring up relations with Iraq and Iran to that end," said Itani.

With Turkey on the hunt for new friends, opposition lawmaker Muslim Sari labelled Davutoglu as the "least successful foreign minister in the history of the Turkish republic".