Recognising Jerusalem as capital would cause catastrophe: Turkey 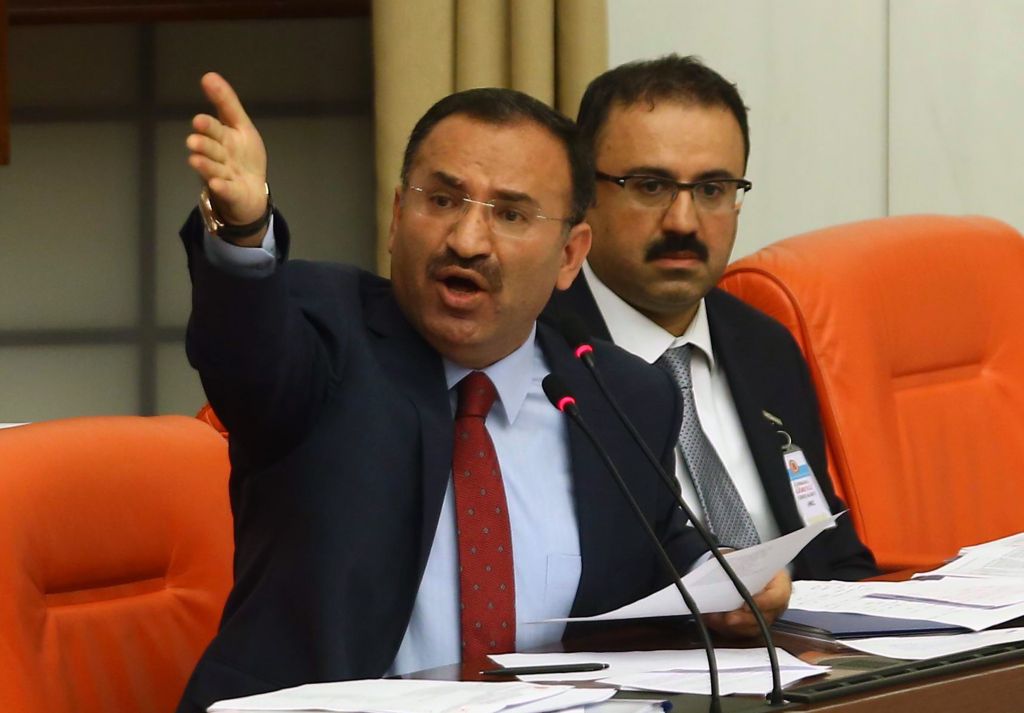 Turkey Justice Minister Bekir Bozdag answering questions in parliament on the abolition of parliamentary immunity in Ankara on May 17, 2016.

ISTANBUL - A senior Turkish government official on Monday warned of a "major catastrophe" if the US recognises Jerusalem as Israel&39;s capital despite a flood of warnings from the Arab world.

"If the (current) status of Jerusalem is changed and another step is taken ... that would be a major catastrophe," deputy prime minister Bekir Bozdag said during a televised press conference.

"It would completely destroy the fragile peace process in the region, and lead to new conflicts, new disputes and new unrest."

The status of Jerusalem is one of the most contentious issues of the long-running Israeli-Palestinian conflict.

President Donald Trump faces a key decision this week on whether to recognise Jerusalem as Israel&39;s capital, potentially reversing years of US policy and drawing a furious response from the Palestinian leadership and the Arab world.

Most of the international community, including the US as well as Turkey, does not formally recognise Jerusalem as Israel&39;s capital, insisting the issue can only be resolved through final status negotiations.

Turkish President Recep Tayyip Erdogan, a champion of the Palestinian cause, often criticises Israel over its actions in the West Bank and Gaza Strip, despite a 2016 reconciliation deal after years of severed ties following Israel&39;s deadly raid on a Gaza-bound ship.

Bozdag, also government spokesman, on Monday said a US step to recognise Jerusalem as Israel&39;s capital would benefit "neither Israel ... nor the region."

"It would not benefit anything. Rather than open new doors, it would drag the region into a new disaster."