Two killed in 6.7-magnitude quake off Greece and Turkey resorts 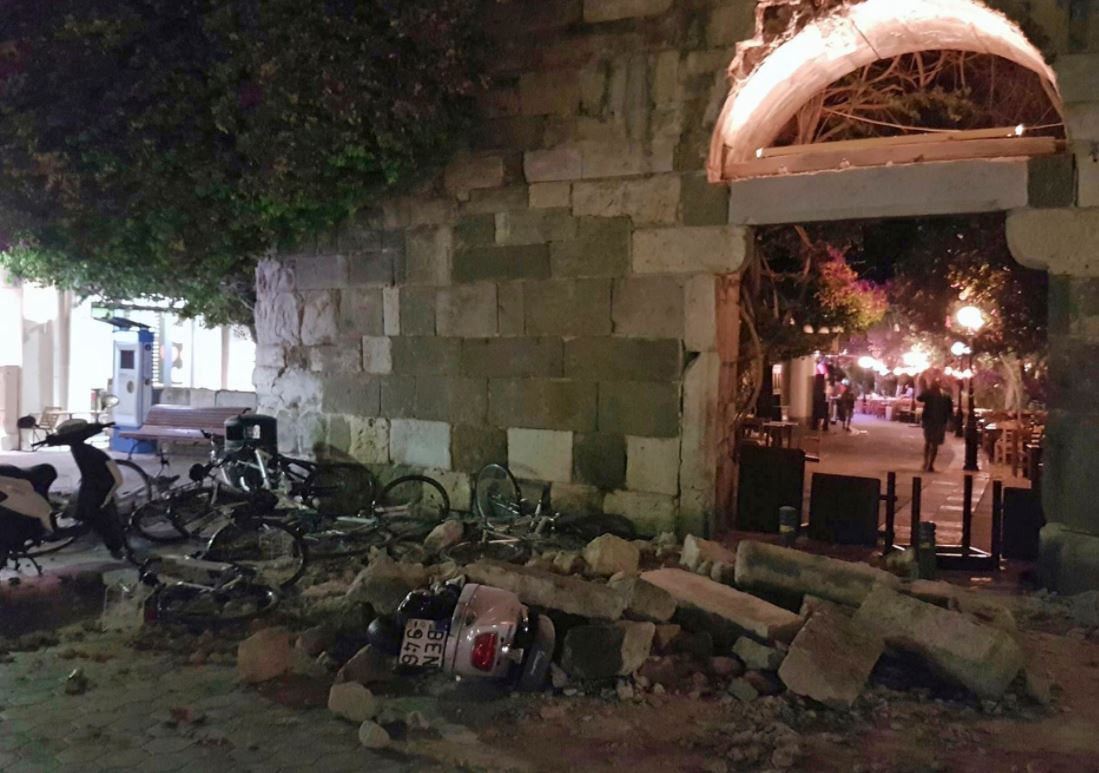 The quake was also felt on the Datca peninsula -- also a major resort area -- as well as Turkey's third city of Izmir on the Aegean to the north.

BODRUM - At least two people were killed on the Greek island of Kos Friday when a magnitude 6.7 earthquake shook the popular summer resort holiday destinations of the Dodecanese Islands in Greece and the Aegean coast of Turkey.

Two killed and 100 injured on the Greek island of Kos as powerful earthquake strikes off Greek and Turkish coasts https://t.co/m7t95c3Fbr pic.twitter.com/tt5QhjjeeJ

The epicentre of the quake was approximately 10.3 kilometres south of the major Turkish resort of Bodrum, a magnet for holidaymakers in the summer, and 16.2 kilometres east of the island of Kos in Greece, the US Geological Survey said.

It had a depth of 10 kilometres, USGS said.

Two people were killed on the Greek island of Kos, a hospital official on the island told AFP, saying they had been killed when the ceiling of a building collapsed.

Latest pictures show scale of damage from deadly earthquake on the island of Koshttps://t.co/2hbYlPlhQj pic.twitter.com/9vQyhqdNyl

Emergency services said the affected area was a bar in the centre of Kos town. There was no immediate information on the identity of the dead.

In the Turkish resort of Bodrum, television pictures showed throngs of worried residents and holidaymakers in the streets.

"The biggest problem at the moment are electricity cuts in certain areas (of the city)," Bodrum mayor Mehmet Kocadon told NTV television.

"There is light damage and no reports that anyone has been killed" in the area.

Reports said the state hospital in Bodrum was evacuated after cracks appeared, with incoming patients being examined in a garden outside.

The governor of the southern Mugla province -- where Bodrum is located -- said some people had been slightly injured after falling out of windows in panic.

The Adliye mosque in central Bodrum suffered some damage, with police cordoning it off to prevent people being wounded by fallen debris, the state-run Anadolu news agency said.

The quake was also felt on the Datca peninsula -- also a major resort area -- as well as Turkey's third city of Izmir on the Aegean to the north.

Turkish television said the earthquake triggered high waves off Gumbet near Bodrum which flooded the road and left parked cars stranded. There were no reports of casualties.

The quake was also felt on the Greek island of Rhodes.

Turkey and Greece sit on significant fault lines and have regularly been hit by earthquakes in recent years.

This year alone, Turkey's western Aegean coast was hit by several significant earthquakes, which brought back memories of past deadly earthquakes.

In June, a 6.3-magnitude earthquake gutted a village on the Greek island of Lesbos, killing a woman and leaving more than 15 injured. The quake also caused panic on Turkey's Aegean coast.