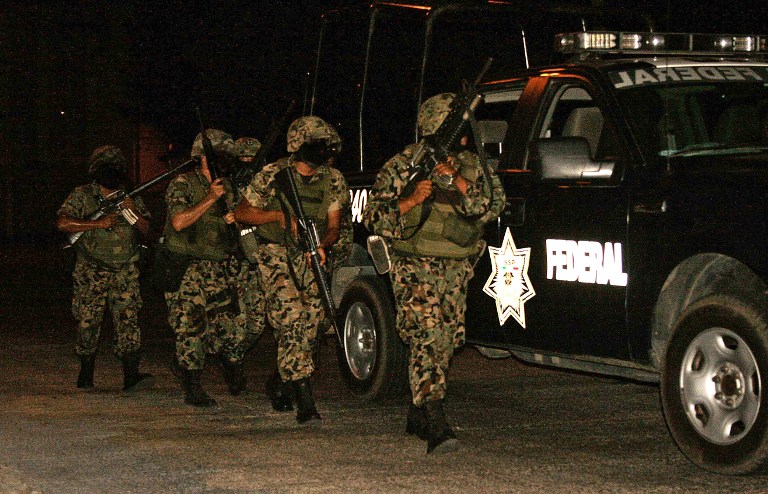 ACAPULCO, Mexico - Two Mexican soldiers were found dead in civilian clothes and covered in sheets in the Pacific resort of Acapulco a day after they were abducted by gunmen, authorities said Monday.

The soldiers were not part of any operation when they disappeared on Saturday, said Roberto Alvarez Heredia, spokesperson for a security task force in the southern state of Guerrero.

"They were off duty and wearing civilian clothes (when they were kidnapped) after attending a course" at a military base, Heredia said.

A police report seen by AFP says the victims were found near Acapulco's main market and covered in sheets after they were abducted by gunmen the previous day.

Nearly 500 soldiers have been killed in Mexico since the government deployed troops to battle drug trafficking in December 2006, according to official figures.