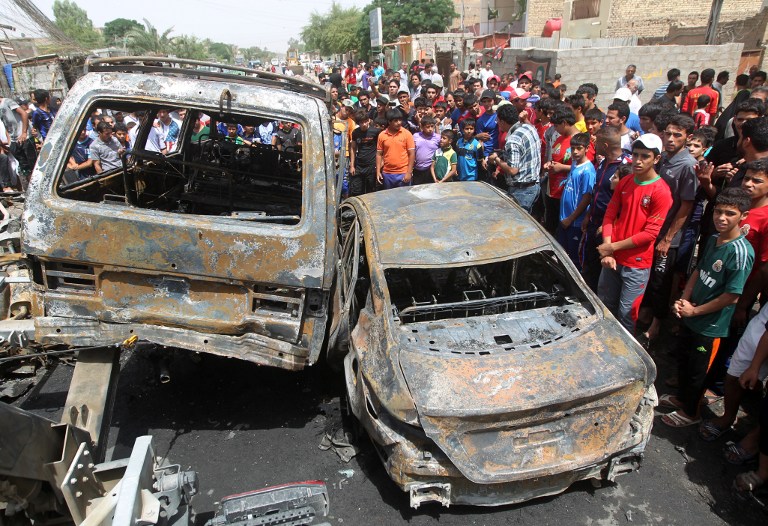 Iraqis gather around burnt vehicles at the site of a car bombing at a market in Baghdad's impoverished district of Sadr City on May 16, 2013 as at least eight people were killed in blasts across the country.

The incident took place in Dringhar area, on the main Quetta-Taftan Highway in Mastung district, some 50 kilometres (30 miles) southwest of Quetta, the capital of insurgency-hit Baluchistan province, which suffers regular violence from Islamist insurgents, separatist rebels and sectarian militants.

All the pilgrims on the bus, who were on their way to Iran, were safe but several security personnel were wounded by the remotely triggered bomb, Shah said.

There was no immediate claim of responsibility for the blast but most attacks in the oil-and gas-rich province bordering Afghanistan and Iran have been linked to a decade-long Baluch separatist insurgency or sectarian violence.

Abdul Wasay, spokesman for the paramilitary Frontier Corps confirmed the attack and said that rescue teams had been despatched to the area.