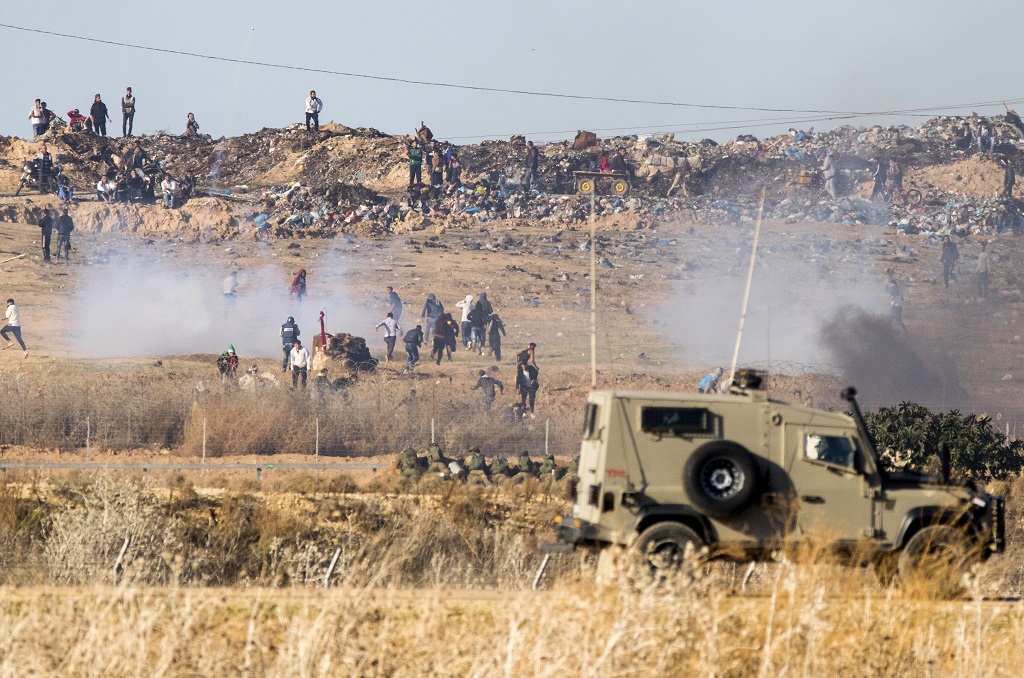 Palestinian protestors clashes with Israeli soldiers along the Israel-Gaza border on December 8, 2017 after calls for a "day of rage" as US President Donald Trump's declaration of Jerusalem as Israel's capital.

GAZA  - One Palestinian was shot dead and another critically wounded in Gaza on Friday, the Palestinian health ministry said on Friday amid clashes sparked by US President Donald Trump&39;s planned embassy move.

The health ministry confirmed Mahmoud al-Masri, 30, was killed in clashes along the Israeli-Gaza border in Khan Yunis in southern Gaza.

A second Palestinian man was shot in the head in northern Gaza, it said.

The Israeli army confirmed it had shot two people along the border, accusing them of being "main instigators" of "violent riots".

Trump&39;s Wednesday announcement that he would move the US embassy and recognise Jerusalem as Israel&39;s capital sparked anger across the Palestinian territories and the wider Muslim world.

Gaza&39;s Islamist rulers Hamas had called for a day of rage on Friday.

Clashes were reported in a number of locations along the Gaza border fence, as well as in the West Bank and Jerusalem.

More than 250 Palestinians were injured, mainly from tear gas, according to the health ministry.

The Israeli army said "violent riots" had broken out in about 30 locations in the West Bank and Gaza Strip.

The West Bank clashes involved some 3,000 Palestinians, while hundreds of others were involved in the clashes on the Gaza border, it said.

The UN Security Council was to meet later on Friday in an emergency session to discuss Trump&39;s move, which has drawn near-universal condemnation, including from UN Secretary-General Antonio Guterres.