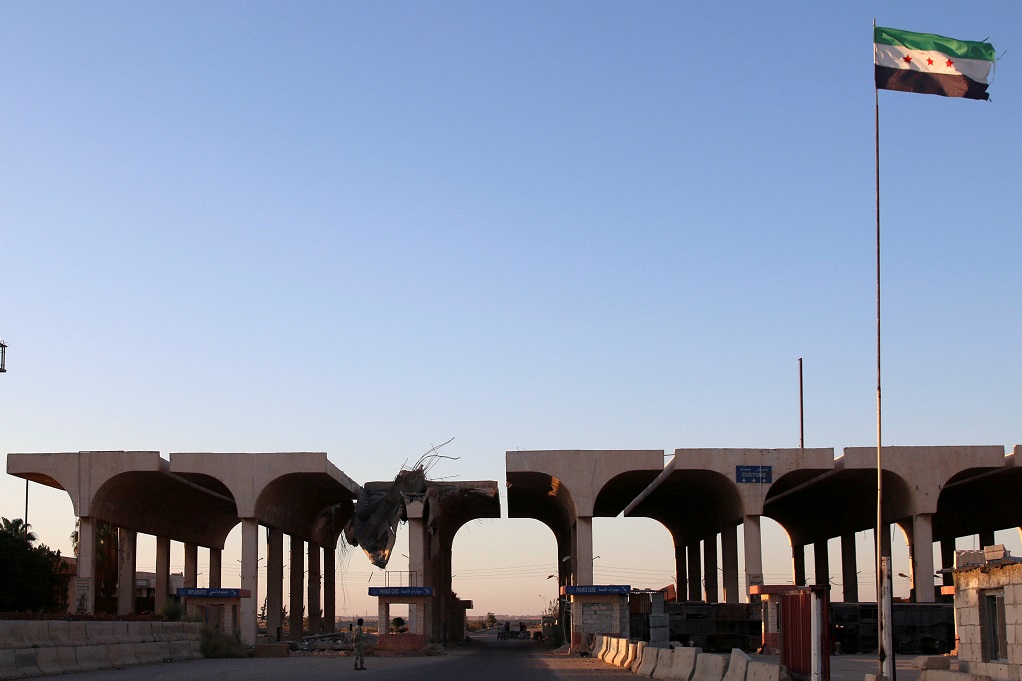 :A Syrian opposition flag is erected at the Syrian-Jordanian border at the Nasib crossing in Deraa province, Syria 27 August 2017.

READ: France tells reporters to stop all travel to Syria

"The presence of unauthorised weapons in the hands of Hezbollah remains of serious concern and warrants condemnation," the secretary-general said in a quarterly report distributed to the 15 Security Council members ahead of a debate set for Tuesday.

Washington, which is involved in a major diplomatic offensive to counter Iranian influence in the Middle East, is expected to reprise the accusations against Hezbollah.

At the Security Council, Israel&39;s staunch ally the United States is nonetheless limited by Russia, which also holds veto power.

Moscow has recently defended Tehran&39;s manoeuvres in Yemen by vetoing a condemnation of the Islamic Republic for allegedly supplying ballistic missiles to Huthi rebels despite an arms embargo.

Moscow questioned the findings by a UN panel of experts that concluded in January that Iran was in violation after determining that missiles fired by the Huthis at Saudi Arabia last year were made in Iran.

Russia said the report did not contain conclusive evidence of Iran&39;s violation of the arms embargo.

On Syria, Guterres said, "no progress was achieved with respect to the disarmament of armed groups."

"The maintenance of arms outside the control of the state by Hezbollah and other groups continues to restrict the ability of the government of Lebanon to exercise full sovereignty and authority over its territory," he added.

"Hezbollah continued to acknowledge publicly that it maintains its military capacity."

Noting that "crises in the region continue to pose a risk to Lebanon&39;s stability," Guterres said he was still "concerned" about "almost daily" Israeli overflights of Lebanese territory in violation of a UN resolution and Lebanese sovereignty.

In the area of operations of the UN&39;s UNIFIL mission in southern Lebanon, involving some 10,500 troops, the situation "remained generally calm."

And the UN chief hailed the mission&39;s increased visibility and activities aimed at halting hostilities.