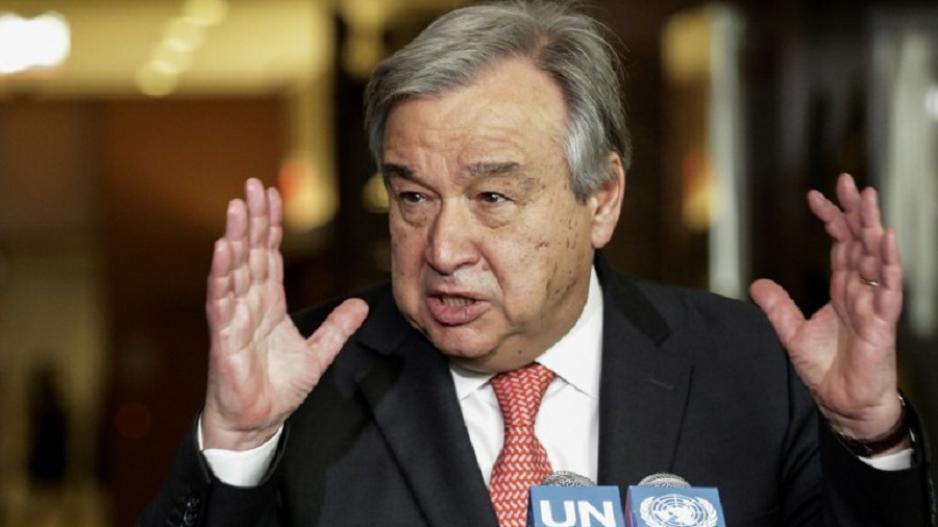 Antonio Guterres speaks to reporters on 12 April 2016 at the UN headquarters in NY. Guterres, Portugal's former PM, was the UN's refugee chief for 10 years. He took the lead in the first straw poll vote on 21 July 22016 to pick the next UN SG.

UNITED NATIONS - UN Secretary General Antonio Guterres on Saturday called for restraint and for countries to avoid any acts that could escalate the situation in Syria after the United States, France and Britain carried out strikes.

Guterres delayed a planned trip to Saudi Arabia to deal with the aftermath of the military action.

"I urge all member states to show restraint in these dangerous circumstances and to avoid any acts that could escalate the situation and worsen the suffering of the Syrian people," Guterres said in a statement.

UN Secretary-General Antonio Guterres on Friday warned of the danger of a full-blown military escalation in Syria. He said Syria represents the most serious threat to international peace and security today and there is no military solution to the conflict pic.twitter.com/dS17CBm0dw

The military operation was ordered in retaliation for what the West says was repeated use of chemical weapons by Syrian President Bashar al-Assad&39;s forces against civilians.

"Any use of chemical weapons is abhorrent. The suffering it causes is horrendous," Guterres said.

The UN chief said it was important to act in line with the UN charter and international law.

He urged the UN Security Council to agree on establishing an inquiry that would identify the perpetrators of chemical attacks.

Russia this week vetoed a US proposal to set up such a panel following an alleged chemical weapons attack on the rebel-held town of Douma that killed more than 40 people, according to medics and rescuers.