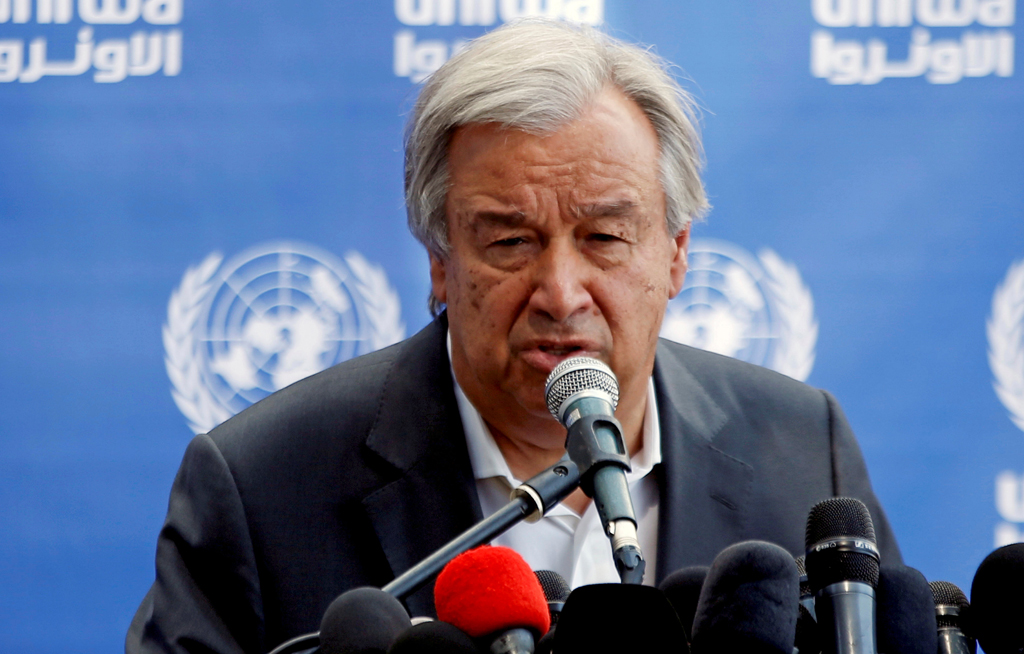 WASHINGTON - UN Secretary-General Antonio Guterres on Tuesday warned against using "confrontational rhetoric" over North Korea and said big powers must come up with a single strategy to address the crisis.

Guterres appeared to be taking a swipe at North Korea's leadership and at US President Donald Trump who has warned that Pyongyang would face "fire and fury" if it keeps threatening the United States.

"Confrontational rhetoric may lead to unintended consequences. The solution must be political," Guterres told reporters.

"The potential consequences of military action are too horrific."

The UN chief called on the Security Council to show unity and agree on steps forward, a day after the United States traded barbs with Russia and China on a response to North Korea's sixth and most powerful nuclear test.

The United States is pushing for tougher UN sanctions, but Russia and China are arguing for dialogue with Pyongyang on denuclearization of the Korean peninsula.

Russia maintains that sanctions alone will not resolve the crisis and are backing a Chinese proposal for talks based on a freeze of North Korea's nuclear and missile tests in exchange for a suspension of US-South Korean military drills.

US Ambassador Nikki Haley on Monday rejected the proposal as "insulting" and said the United States would not change its military posture when North Korea is forging ahead with its missile and nuclear programs.

Guterres said he was not supporting one proposal over another, but stressed that a united response was the only way to push for a diplomatic solution.

"The unity of the Security Council is absolutely crucial," he said, urging countries "to come together with a single strategy to deal with the government of the DPRK," the abbreviation for the country's formal name.

The UN chief offered to help bring about a solution, but admitted that the "UN leverage was limited."