UN security attacked in Douma ahead of reconnaissance 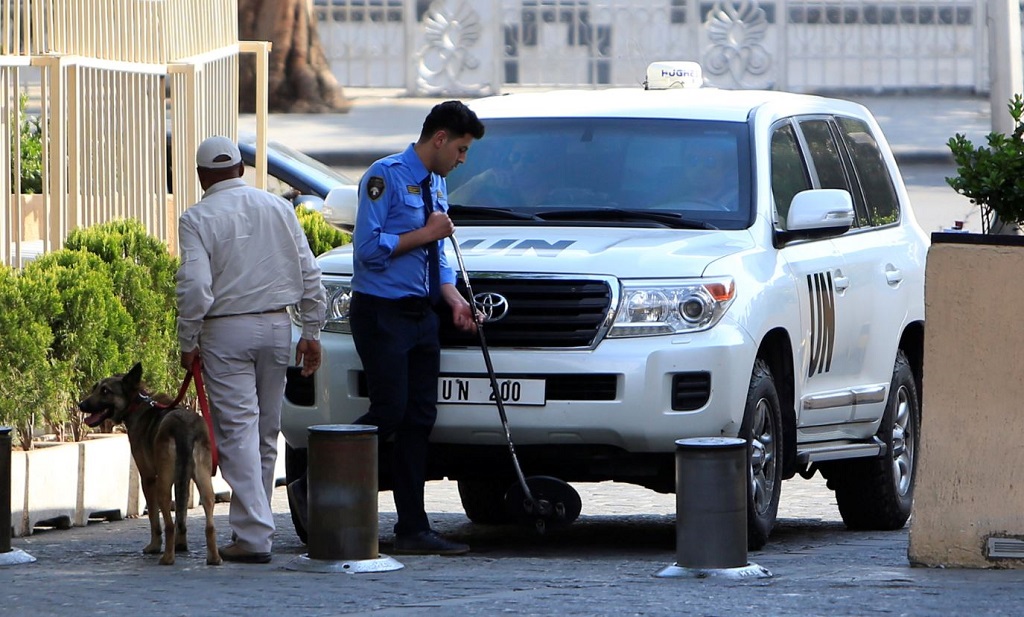 The United Nation vehicles carrying the Organisation for the Prohibition of Chemical Weapons (OPCW) invspectors arrive in Damascus, Syria April 14, 2018.

UNITED NATIONS – A United Nations (UN) security team was fired at on Tuesday while on a reconnaissance mission in the Syrian town of Douma ahead of the deployment of experts investigating an alleged chemical attack, a UN official said.

"Shots were fired on Tuesday at a UN security team doing a reconnaissance in Douma," the official told AFP. "They were not injured and returned to Damascus."

The experts from the OPCW chemical watchdog were awaiting the green light from the security team before beginning their investigation in Douma of the alleged attack.

The inspectors arrived in Damascus on Saturday, when Britain, France and the United States launched military strikes against what they said were targets linked to Syria&39;s chemical weapons program.

The UN official, who declined to be named, said the security team would remain in Damascus with the experts from the Organisation for the Prohibition of Chemical Weapons (OPCW) for the time being.

Syria&39;s UN Ambassador Bashar Jaafari told the Security Council on Tuesday that the OPCW experts would begin their investigation once they received the all-clear from the UN security team.

"If this United Nations security team decides that the situation is sound in Douma then the fact-finding mission will begin its work in Douma tomorrow," Jaafari said.

The ambassador stressed that the "Syrian government did all that it can do to facilitate the work of this mission" but that it was up to the United Nations and the OPCW to decide whether to deploy, based on security considerations.