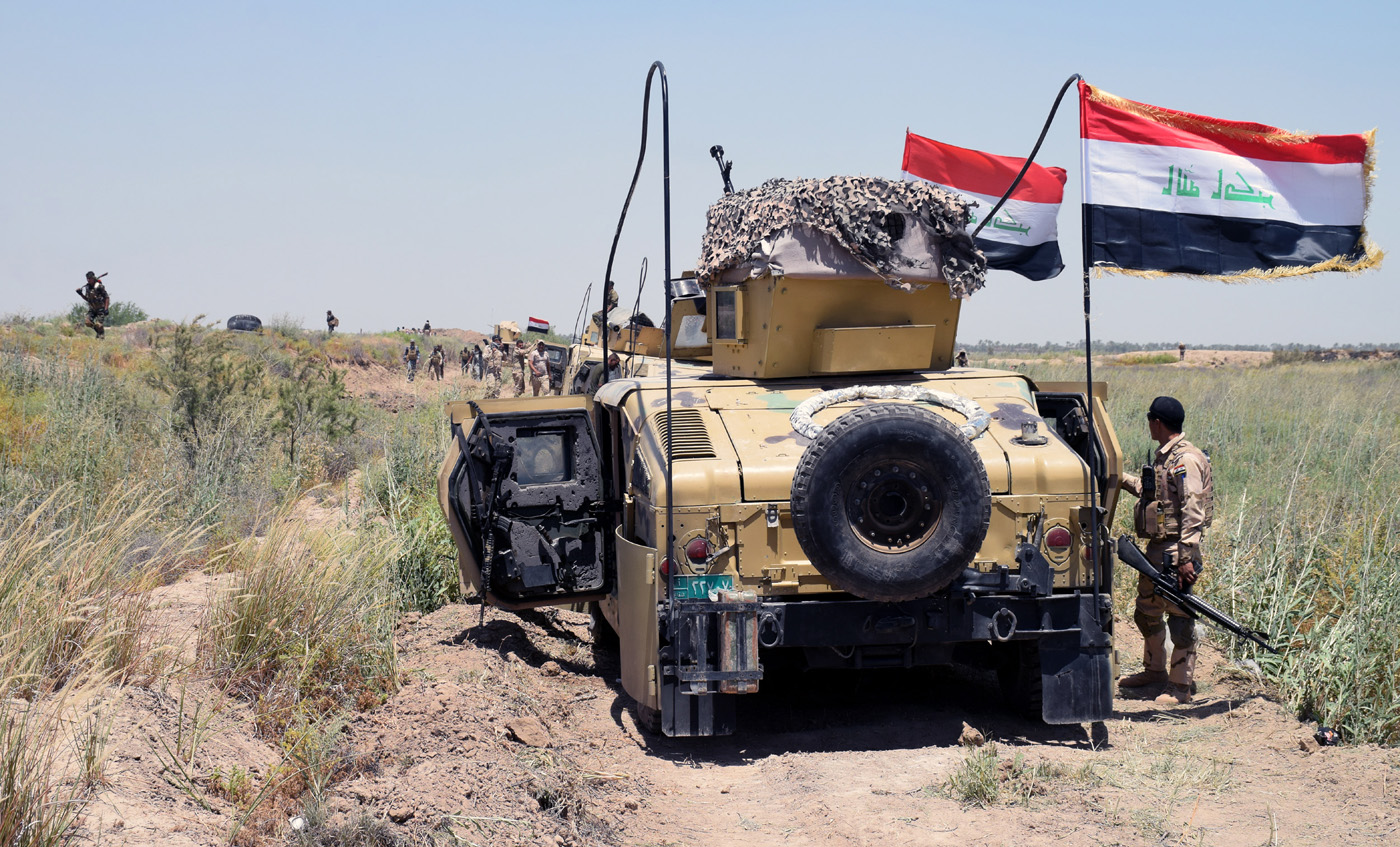 Iraqi military trucks take up position during an operation south-west of Fallujah, western Iraq on May 25, 2016.

BAGHDAD – At least 20,000 children are trapped in jihadist bastion Fallujah under siege by Iraqi forces and face shortages and forced recruitment as fighters, the UN Children&39;s Fund said on Wednesday.

The few residents who have managed to flee the Fallujah area since Iraqi forces launched an offensive against the Islamic State on May 22-23 speak of severe shortages of food and drinking water.

The few hundred families who have escaped IS territory were camped out on the outskirts and residents reached by phone inside the city spoke of even worse conditions.

ISIL&39;s Fallujah- "We had to eat grass and dried dates - this is all that we had" https://t.co/V0CB0x3iC4 pic.twitter.com/lWLuzSco3a

"Children face the risk of forced recruitment into the fighting, strict procedures for security screening and separation from their families," Hawkins said.

"Children who are recruited see their lives and futures jeopardised as they are forced to carry and use arms, fighting in an adult war."

Unicef renewed calls for safe corridors to be opened to allow Fallujah&39;s civilian population to escape.

The UN says IS is using the civilian population as human shields as it prepares to mount a desperate defence of one of its most emblematic bastions.