UNSC urges all parties in Syria to end violence immediately 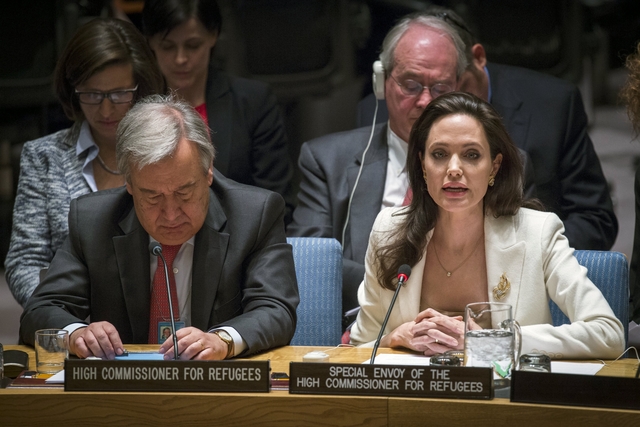 UNITED NATIONS - The UN Security Council has expressed concern over the deterioration of Syria&39;s humanitarian situation and appealed to all parties in Syria to put an end to the war immediately.
The appeal was made in a presidential statement adopted by the council on Friday.
The statement says that the Syrian crisis has become the world&39;s largest humanitarian crisis, which is not only threatening peace and security in the region but also spilling over to neighboring countries, displacing millions of Syrians.
The Security Council urged to address the spill-over of the Syrian conflict into neighboring countries and called for coordinated international support for those countries that host Syrian refugees.
Executive Director of the World Food Program Ertharin Cousin described the refugee situation as appalling.

“Situation in the Middle East is a cancer that is spreading and metastasizing. If things continue this way, we could see future developments being out of control, independently out of our will and will increase the dangers that have global consequences,” said Antonio Guterres, UN High Commissioner for refugees.
The council further urged donors and international finacial institutions to extend support to countries affected by the conflict.
It was reported that more than 220,000 people have been killed since the beginning of the conflict, including well over 10,000 children. In addition, around half of the population have been forced to seek refuge in neighboring countries.
Angelina Jolie, Academy Award winning actress and UN Special Envoy, criticised the UN Security Council&39;s failure to end the war and protect millions of refugees fleeing the conflict.
“Any one of the Syrians I have met would speak more eloquently about the conflict than I ever could. Nearly four million Syrian refugees are victims of a conflict they have no part in. Yet they are stigmatized, unwanted, and regarded as a burden. It is sickening to see thousands of refugees drowning on the doorstep of the world&39;s wealthiest continent. No one risks the lives of their children in this way except out of utter desperation. If we can not end the conflict, we have an inescapable moral duty to help refugees and provide legal avenues to safety,” said Jolie.