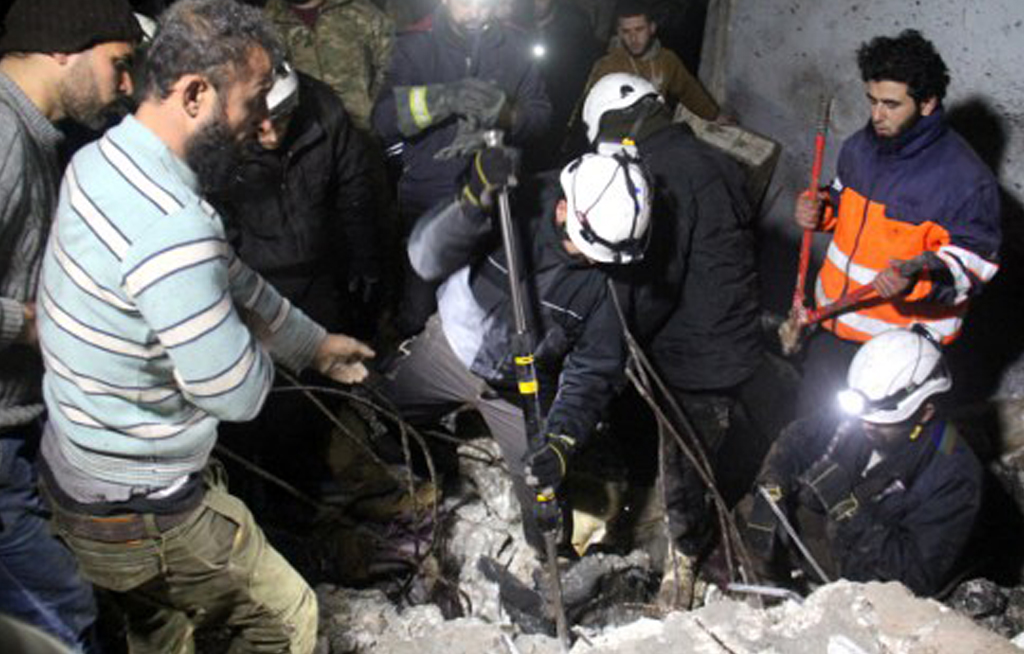 Syrian men and Civil Defence volunteers, also known as the White Helmets, search for survivors amid the rubble of a building following a reported air strike on the town of Taftanaz, in the northern province of Idlib, in the early hours of January 11, 2017

WASHINGTON,- A US air strike on Thursday targeting an al Qaeda training camp in Syria's Idlib province killed more than 100 militants, the Pentagon said in a statement on Friday.

The strike took place just a day before the end of Barack Obama's presidency and the beginning of Donald Trump's, and a day after more than 80 Islamic State militants were killed in US air strikes in Libya.

"The removal of this training camp disrupts training operations and discourages hardline Islamist and Syrian opposition groups from joining or cooperating with al-Qaeda on the battlefield," Captain Jeff Davis, a Pentagon spokesperson, said in the statement.

Davis said the Shaykh Sulayman training camp had been operational since 2013, adding that since the start of this year more than 150 al Qaeda militants have been killed in US air strikes.

An official, speaking on the condition of anonymity, said the air strike was carried out by a B-52 bomber and unmanned aircraft and dropped 14 munitions. The official added that there was a high level of confidence that there were no civilian casualties.

A US-led coalition has been carrying out air strikes and supporting local forces in Syria to oust Islamic State militants. However, there is concern that the defeat of Islamic State could open the door for al Qaeda to take territory in ungoverned parts of the country.

The Syrian Observatory for Human Rights reported on Friday that an air strike killed more than 40 members of the jihadist group Jabhat Fateh al-Sham in northwestern Syria. It was not immediately clear if this strike was the same one the Pentagon was referring to.