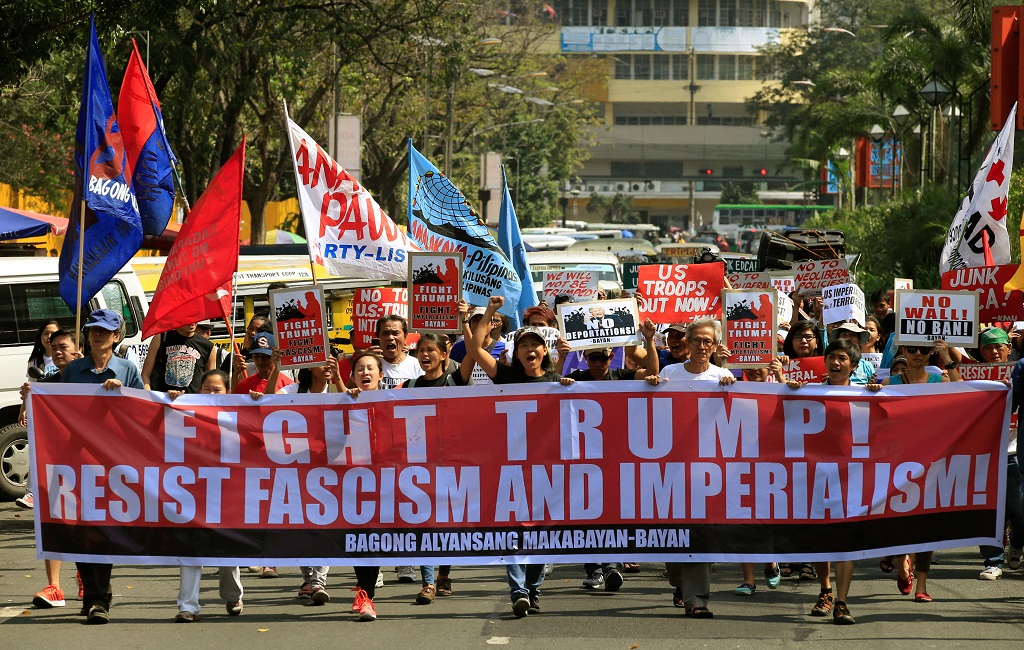 Philipino activists hold banner and placards while marching towards the U.S. embassy during a protest against U.S. President Donald Trump's immigration policies, in metro Manila February 4, 2017.

LOS ANGELES - A US  appeals court on Monday left in place a block on President Donald Trump's travel ban targeting citizens from six Muslim majority nations -- the latest in a string of judicial blows for the controversial measure.

The US Court of Appeals for the Ninth Circuit largely upheld an injunction on the ban issued by a lower court, but said the government was within its right to review the vetting process for people entering the country.

"Immigration, even for the president, is not a one-person show," the ruling said. "The president, in issuing the executive order, exceeded the scope of the authority delegated to him by Congress."

Trump initially issued the travel ban in January, but that measure -- which banned entry to nationals from seven countries for 90 days and suspended the nation's refugee programme for 120 days -- was quickly halted by the courts.