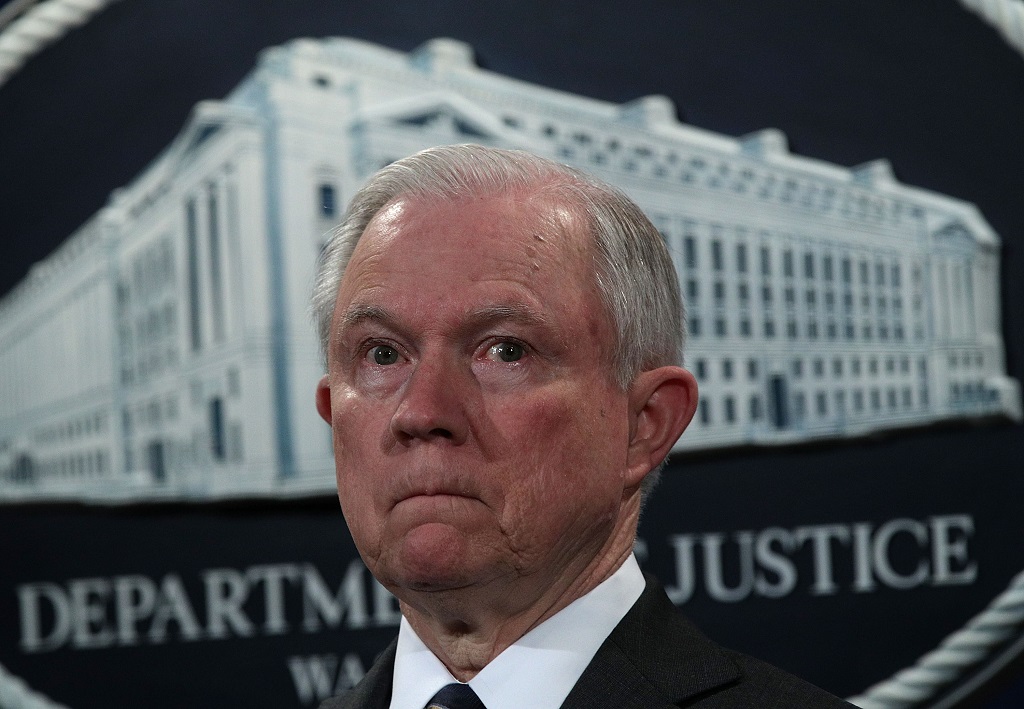 WASHINGTON - Embattled US Attorney General Jeff Sessions discussed campaign-related issues with the Russian ambassador to Washington during the presidential race - something Sessions had insisted he did not do, The Washington Post reported late Friday.

The paper quoted current and former administration officials who cited US intelligence intercepts of Ambassador Sergey Kislyak's accounts to his bosses in Moscow of two encounters he had with Sessions, then an adviser to Trump, during the campaign.

The report is certain to add more pressure on Sessions, whose job security is seen as being in jeopardy after President Donald Trump criticised him in scathing terms in an interview this week with The New York Times, saying he was sorry he had hired him.

Trump said he regretted the hiring because Sessions in March recused himself from overseeing an FBI-led probe into Russian meddling in the election in Trump's favour and whether the Trump team colluded in that effort.

"A new INTELLIGENCE LEAK from the Amazon Washington Post, this time against A.G. Jeff Sessions.These illegal leaks, like Comey's, must stop!" The US president said on Twitter. The paper is owned by Amazon's chief Jeff Bezos.

A new INTELLIGENCE LEAK from the Amazon Washington Post,this time against A.G. Jeff Sessions.These illegal leaks, like Comey's, must stop!

So many people are asking why isn't the A.G. or Special Council looking at the many Hillary Clinton or Comey crimes. 33,000 e-mails deleted?

Sessions recused himself in March after it was disclosed that he had, in fact, met the ambassador during the campaign, after saying during his confirmation hearing that he had not met with any Russian officials during that period.

But Sessions insisted when he recused himself that he had not talked about the US election campaign with the ambassador.

"I never had meetings with Russian operatives or Russian intermediaries about the Trump campaign," he said at the time.

However, Kislyak, in briefing his superiors on the meetings, said he and Sessions discussed campaign-related matters including policy issues important to Moscow, the Post said.

It quoted one former official as saying the intercepts suggest Sessions and Kislyak had "substantive" talks on issues including Trump's positions on Russia-related subjects and prospects for bilateral relations in a Trump administration.

Sessions' account - he said he recalls meeting only once with the ambassador - provided "misleading" statements that are "contradicted by other evidence," a separate US official said.