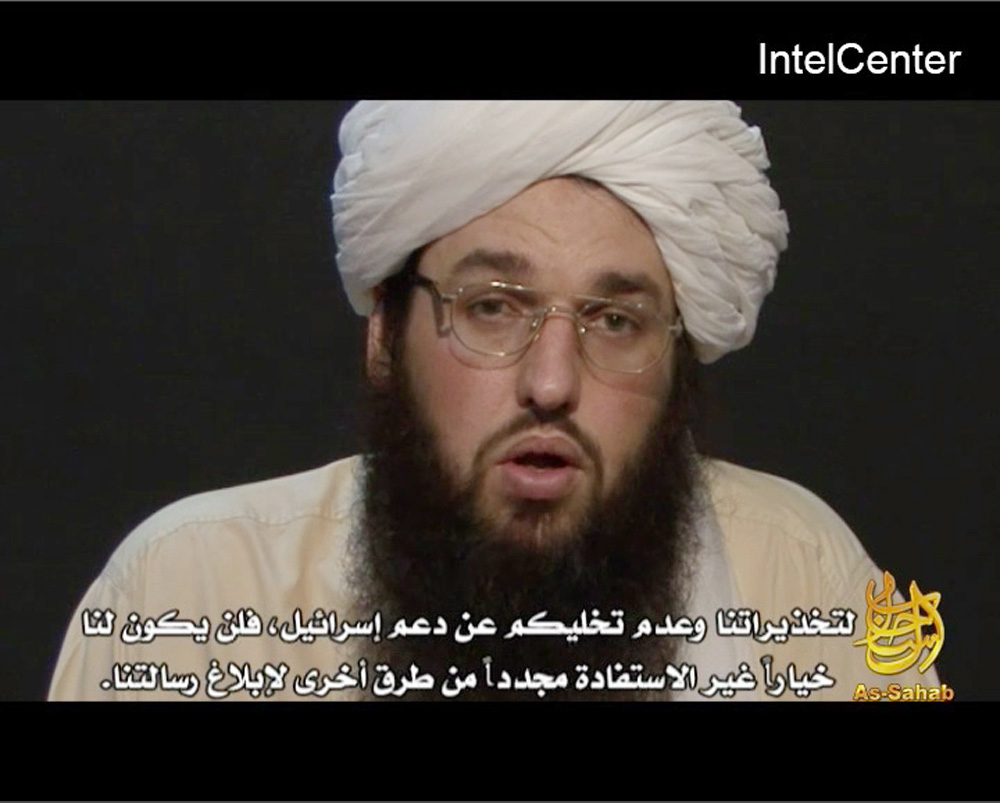 Al-Qaida's US-born spokesman, Adam Gadahn, in a 20 June 2010 statement, repeated the terror group's conditions for peace with the USA, including withdrawal of troops from Iraq and Afghanistan and ending support for Israel.

ISLAMABAD - The killing of an American who directed al-Qaeda&39;s media campaign from his Pakistani hideout is likely to be a big blow for the militants, especially as they wage a propaganda war with Islamic State.

American al-Qaeda member Adam Gadahn, who faced treason charges in the United States, was killed early this year in a strike on an al-Qaeda camp in Pakistan, near the Afghan border, US officials said on Thursday.

"He was highly important. He was the man on their media front line," said Ahmed Rashid, a Pakistani author and expert on the Taliban and al-Qaeda.

"Given the success of ISIS in media and social media, he would have been much needed, especially in communicating with English-speaking audiences and on web sites and so on," he said, referring to Islamic State.

Gadahn, for whom the United States had offered a reward of $1 million (R12.2-million), was believed to be in his late 30s. Born in Oregon, he grew up in California, converted to Islam at 17 and became a spokesman and translator for al-Qaeda.

When the United States accused him of treason in 2006, he became the first person to face such charges since the World War Two era, according to the US Justice Department.

Gadahn has been involved with al Qaeda&39;s as-Sahab media wing and had appeared in its videos wearing robes and a turban and warning the United States it would face attacks if it did not heed al Qaeda demands.

"He was the main man in charge of the al Qaeda narrative, so his death will have an impact on the propaganda machine," said Amir Rana, author of a book on militant groups in Pakistan.

US officials said Gadahn was killed five days after a US drone strike in January targeting an al Qaeda compound in Pakistan inadvertently killed an American and an Italian who had been held hostage for years by the group.

Gadahn was in another al Qaeda camp, they said.

A Pakistani Taliban militant said Gadahn&39;s comrades had urged him to leave the area because of the danger of US drone strikes.

"When most senior Arab commanders were killed and others left for their native countries, some people advised him to shift to a safer place but he refused," said the militant, who declined to be identified.

He said he did not know why Gadahn refused to go.

Gadahn, born in a Jewish-Christian family, grew up on a goat ranch outside Los Angeles, and moved to Pakistan after his conversion. He was previously known as Adam Pearlman.

As one of a small nucleus of senior al-Qaeda figures left in the region, Gadahn was likely to have been involved in setting up the group&39;s South Asian wing, which analysts saw as a rebranding effort in the face of Islamic State competition.

"Al-Qaeda has been seen to be losing out to the IS over the last year or so, so they need new ideas to at least keep step," said Imtiaz Gul of the Center for Research and Security Studies.

"Presumably, Gadahn was part of these efforts."