US, British soldiers killed in Syria 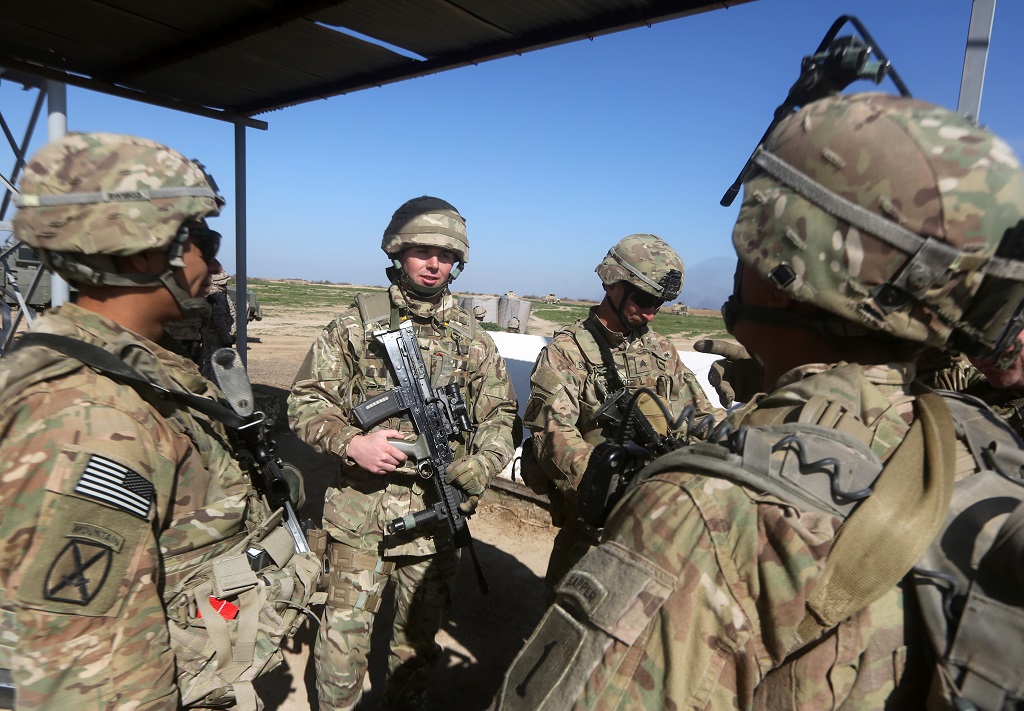 US and UK soldiers chat on January 27, 2016. An improvised explosive device in the northern Syrian city of Manbij killed two soldiers, an American and a Briton on Friday.

BEIRUT, Lebanon - Two members of the US-led anti-jihadist coalition - an American and a Briton - were killed by an improvised explosive device in the northern Syrian city of Manbij, US and British officials said Friday.

Five other coalition service personnel were wounded, the Pentagon said.

The attack in Manbij happened late Thursday - the day US President Donald Trump said he would pull forces out of Syria "very soon."

"Two coalition personnel were killed and five were wounded by an improvised explosive device in Syria" at around midnight (2100 GMT), the coalition said in a statement which gave no further details about the victims.

A Pentagon official, speaking later on condition of anonymity, identified one of them as being American.

Britain&39;s defence ministry confirmed the second fatality came from within its ranks.

"The individual was embedded with US forces on a counter-Daesh operation when the incident occurred," the ministry said, using an Arabic acronym to refer to the Islamic State (IS) group.

BREAK - UK special forces soldier killed in bomb blast in Syria yesterday. Family has been informed. He was operating with US forces against Isis. This is first UK fatality from violence of counter Isis campaign

Since 2014, the coalition has provided weapons, training and other support to forces fighting IS jihadists in Syria and Iraq.

This latest incident brings the number of US personnel killed in action during the operation to 14.

No group immediately claimed responsibility for the attack.

The US-led coalition said it was withholding details on the circumstances of the attack pending further investigation.

READ: US soldiers killed on base

The Syrian Observatory for Human Rights, a Britain-based monitor, said the attack hit a convoy in the heart of Manbij, also wounding four members of the local council.

Manbij used to be a hub for the jihadists when their self-styled "caliphate" was at its peak. It was retaken by Kurdish-led forces backed by the coalition.

Located between the northern city of Aleppo and the western bank of the Euphrates, less than 30 kilometres (18 miles) south of the Turkish border, Manbij lies where several international influence zones meet and risks becoming a new flashpoint.

"We&39;ll be coming out of Syria, like, very soon. Let the other people take care of it now," Trump told industrial workers in Ohio on Thursday.

Pres. Trump: "We&39;ll be coming out of Syria very soon. Let the other people take care of it now...We&39;re going to have 100% of the caliphate, as they call it —sometimes referred to as land. We&39;re taking it all back." pic.twitter.com/x8Q4wZCuxv

The United States has more than 2,000 military personnel in eastern Syria, working with local militia groups to defeat IS while trying to keep out of Syria&39;s broader civil war.

Trump&39;s eagerness to quit the conflict contrasts with a new US Syria strategy announced in January by then secretary of state Rex Tillerson - who has since been sacked.

The presidency did not explicitly deny the reinforcements, but stressed it was not planning any military operation in Syria outside the US-led coalition.

Turkey and its Syrian proxies launched a major offensive against the SDF in northern Syria in January that has already resulted in the capture of the Kurdish-majority region of Afrin.

Turkish President Recep Tayyip Erdogan has threatened to expand the operation to other areas where Kurdish forces are present, including the city of Manbij.