US 'deeply saddened' by clashes in Gaza 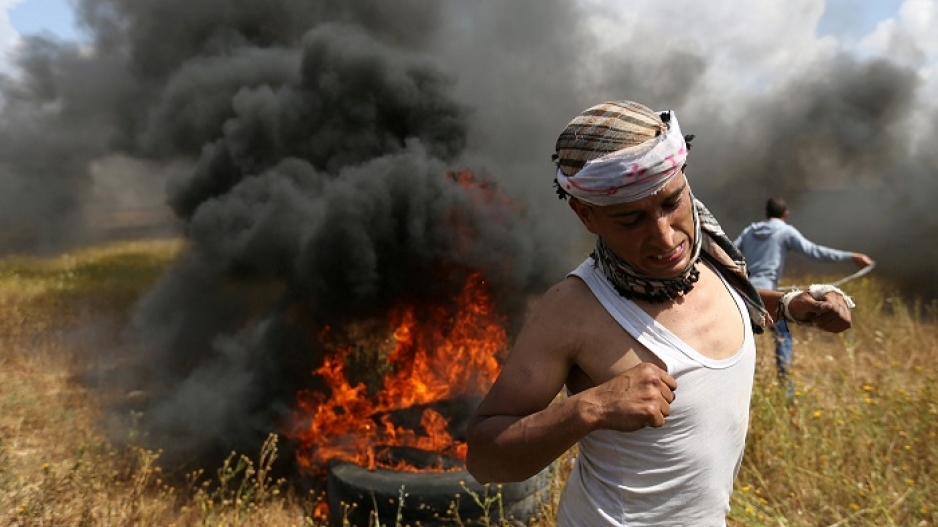 A Palestinian runs during clashes with Israeli troops, during a tent city protest along the Israel border with Gaza, demanding the right to return to their homeland, the southern Gaza Strip March 30, 2018.

"We are deeply saddened by loss of life in Gaza today," Nauert wrote on Twitter. "We urge those involved to take steps to lower tensions."

"Int&39;l community is focused on taking steps that will improve the lives of the Palestinians and is working on a plan for peace. Violence furthers neither of those goals."

Friday&39;s major protest -- the conflict&39;s worst single day of violence since the 2014 Gaza war -- saw demonstrators including women and children gather at multiple sites throughout the blockaded territory, which is flanked by Israel along its eastern and northern borders.

Smaller numbers approached within a few hundred meters (yards) of the heavily fortified border fence, with Israeli troops using tear gas and live fire to force them back.

The health ministry in Gaza said 16 Palestinians were killed by Israeli forces.

More than 1,400 were injured, including 758 by live fire, with the remainder hurt by rubber bullets and tear gas inhalation, it said.

Palestinians accused Israel of using disproportionate force, as did Turkey.

The UN Security Council was to hold closed-door talks about the situation in Gaza later on Friday at the request of Kuwait, a diplomat said.

The United States plans to open its embassy in Jerusalem on May 14, which coincides with the 70th anniversary of the creation of Israel.

The move has triggered outrage among Palestinians.