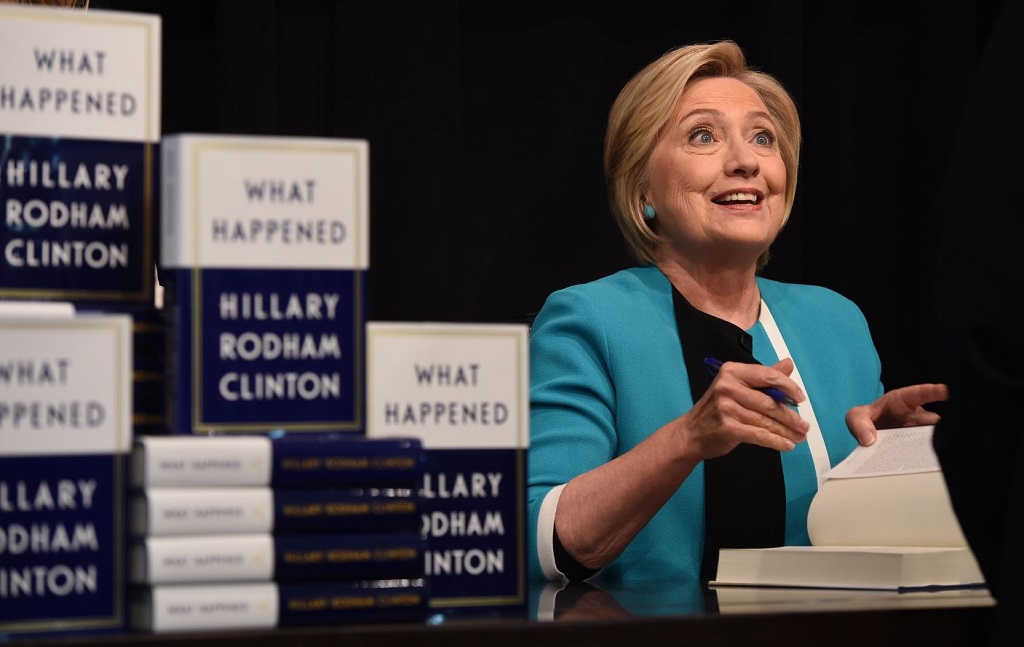 Hillary Clinton kicks off her book tour of her memoire of the 2016 presidential campaign titled "What Happened" with a signing at the Barnes & Noble in Union Square on September 12, 2017 in New York.

WASHINGTON – The US Justice Department has asked prosecutors to examine alleged misconduct at the Clinton Foundation and the controversial Obama-era sale of a uranium firm to Russia, according to a letter obtained by broadcaster NBC.

The letter also raises the possibility of a special prosecutor being appointed to investigate the longstanding Republican grievances, which opposition Democrats have said are an attempt to divert attention from a probe into allegations Russia colluded with President Donald Trump&39;s campaign to get him elected.

Citing White House sources, The New York Times reported the decision may have been prompted by Attorney General Jeff Sessions&39;s desire to hold onto his job following very public criticism by the president over his decision to recuse himself from the investigation into coordination between the Trump campaign and the Kremlin.

That matter is currently being probed by three Congressional investigations as well as by special counsel Robert Mueller.

Republican lawmakers in late October announced they were investigating the 2013 sale of Canadian mining company Uranium One to Russian state-owned company Rosatom, which was approved by former president Barack Obama.

The move gave Rosatom control of 20 percent of US uranium stockpiles, and was decided after Uranium One made several donations to the Clinton Foundation of former president Bill Clinton.

They are also demanding more clarity on how the Federal Bureau of Investigation and the Department of Justice decided during the height of last year&39;s White House race to not pursue charges against Clinton over her misuse of a personal email server.

Sessions is expected to be grilled hard in Congress Tuesday over the Trump-Russia investigation after new revelations from the Mueller investigation.

After he repeatedly insisted in hearings this year that he was unaware of any contacts between the campaign and Moscow, Democrats on the House Judiciary Committee will be pressing him over whether he lied in sworn testimony.