US Muslim and Arab communities fear backlash from shooting 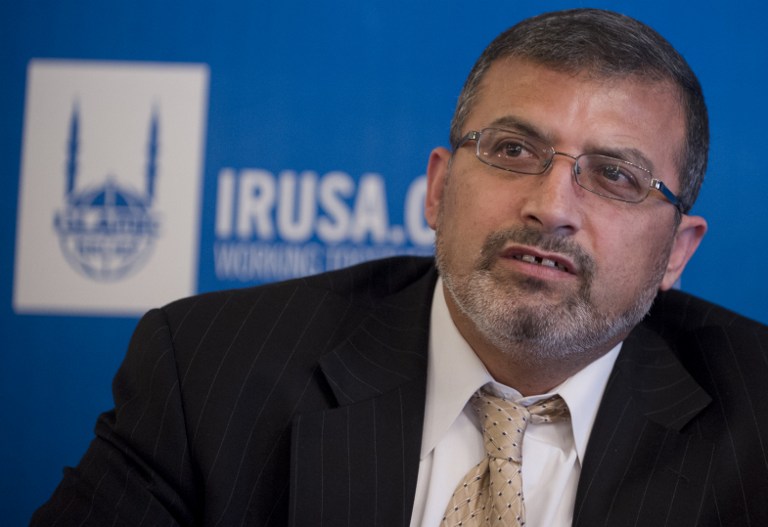 Abed Ayoub, CEO of Islamic Relief USA, speaks on the conflict in Syria and the challenges of the refugee and humanitarian crisis.

CALIFORNIA - Members of the Arab and Muslim communities in the United States said Thursday they feared a backlash, as details emerged of the Muslim couple who shot dead 14 people in California.

One organisation will meet officials with the Department of Homeland Security on Friday to assess safety measures after the attack that left 14 dead and 21 injured in San Bernardino, a city about an hour&39;s drive east of Los Angeles with a large Arab and Muslim population.

"There absolutely is a fear that there could be a backlash and that&39;s the reality we live in," said Abed Ayoub, legal and policy director for the American-Arab Anti-Discrimination Committee, a civil rights group that will hold the talks.

Ayoub said that while there had been no reports of attacks in retaliation for the armed assault Wednesday by Syed Farook, 28, and his wife Tashfeen Malik, 27, it was essential for the community to remain vigilant.

"We need to stay cautious given the atmosphere and what happened in Paris a few weeks ago and the fallout from that," he said, referring to the terror attacks in France that left 130 people dead and were claimed by the extremist Islamic State group.

Muslim leaders and residents in San Bernardino reacted to Wednesday&39;s shootings at a disabled center in the city with shock and disbelief.

However, the imam at the mosque that Farook attended denied that.

"If someone becomes nuts, you don&39;t represent the religion anymore."

He said the mosque had received a threatening message on its voicemail hours after the attack and has asked police to provide additional security ahead of Friday prayers.

Gasser Shehata, 42, said he was convinced Farook&39;s actions were linked to a work-related dispute -- which is one line police are looking at -- rather than his religious beliefs.

"You can&39;t believe he did that for the sake of Islam," he said. "He was calm, shy, reserved. I&39;ve never seen him disrespect someone.

"He was living the American dream, he was married, he had a daughter and last year he won $77,000. He had everything to be happy."

Muslim officials in San Bernardino said a prayer vigil would be held at the mosque later Thursday to honour the victims.

"We condemn this senseless and horrific act of violence in the strongest possible terms," said Ahsan Khan, president of the Ahmadiyya Muslim Community chapter in Los Angeles.

"Our community has been in San Bernardino County for nearly three decades and yet have never seen such depravity," he added.

"Our hearts go out to the innocent victims and their families."