US Navy aircraft crashes with 11 aboard: military 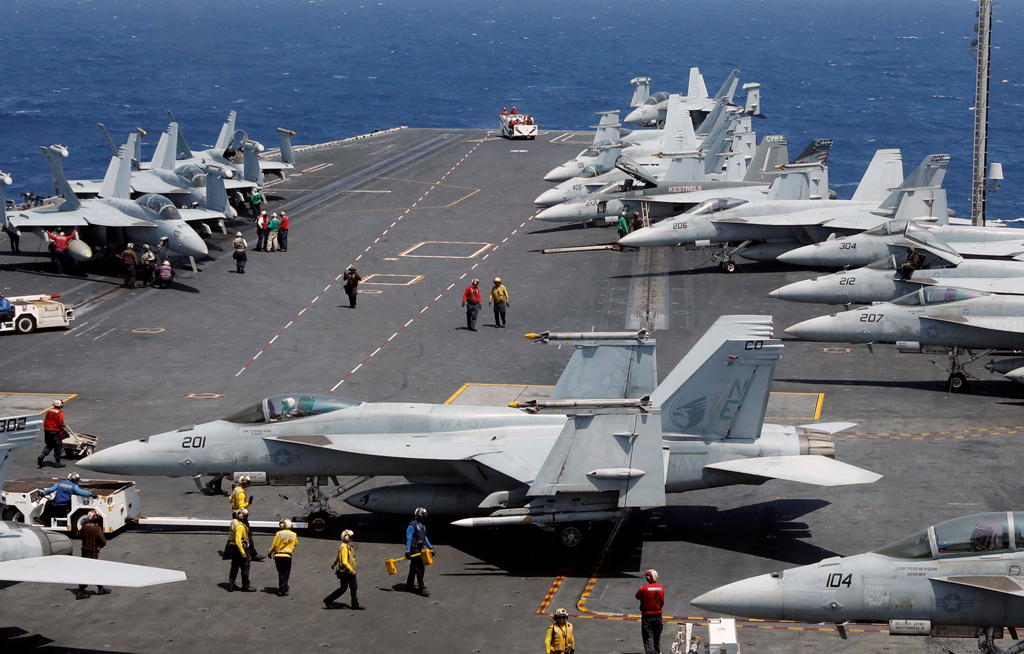 FILE PHOTO - US Navy personnel prepare to launch an F18 fighter jet on the deck of USS Carl Vinson during a routine exercise in South China Sea, March 3, 2017.

TOKYO A military aircraft with 11 people aboard has crashed into the Philippine Sea while en route to an aircraft carrier, the US said Wednesday, the latest accident to hit its armed forces in East Asia.

Eight people have been rescued so far.

"A United States Navy aircraft carrying 11 crew and passengers crashed into the ocean southeast of Okinawa," a statement from the Navy said.

"The aircraft was en route to the US Navy aircraft carrier USS Ronald Reagan, which is currently operating in the Philippine Sea.

"USS Ronald Reagan is conducting search and rescue operations. The cause of the crash is not known at this time."

The US miltary has a heavy presence in the western Pacific, with tens of thousands of troops and hundreds of pieces of hardware stationed in Japan and South Korea.

The USS Ronald Reagan last week was one of three American aircraft carriers that held rare joint drills in the region, joined separately by Japanese navy and South Korean warships over the weekend.

The drills come as tensions persist between Washington and North Korea over its missile and nuclear programme.

US military vessels have been involved in a number of accidents in recent months in East Asia. The USS John S McCain collided with a tanker off Singapore in August, killing 10 sailors and injuring five others.

Two months earlier in June, the USS Fitzgerald and a cargo ship smashed into each other off Japan, leaving seven sailors dead.

There were also two more, lesser-known incidents. In January USS Antietam ran aground near its base in Japan, and in May, USS Lake Champlain collided with a South Korean fishing vessel.