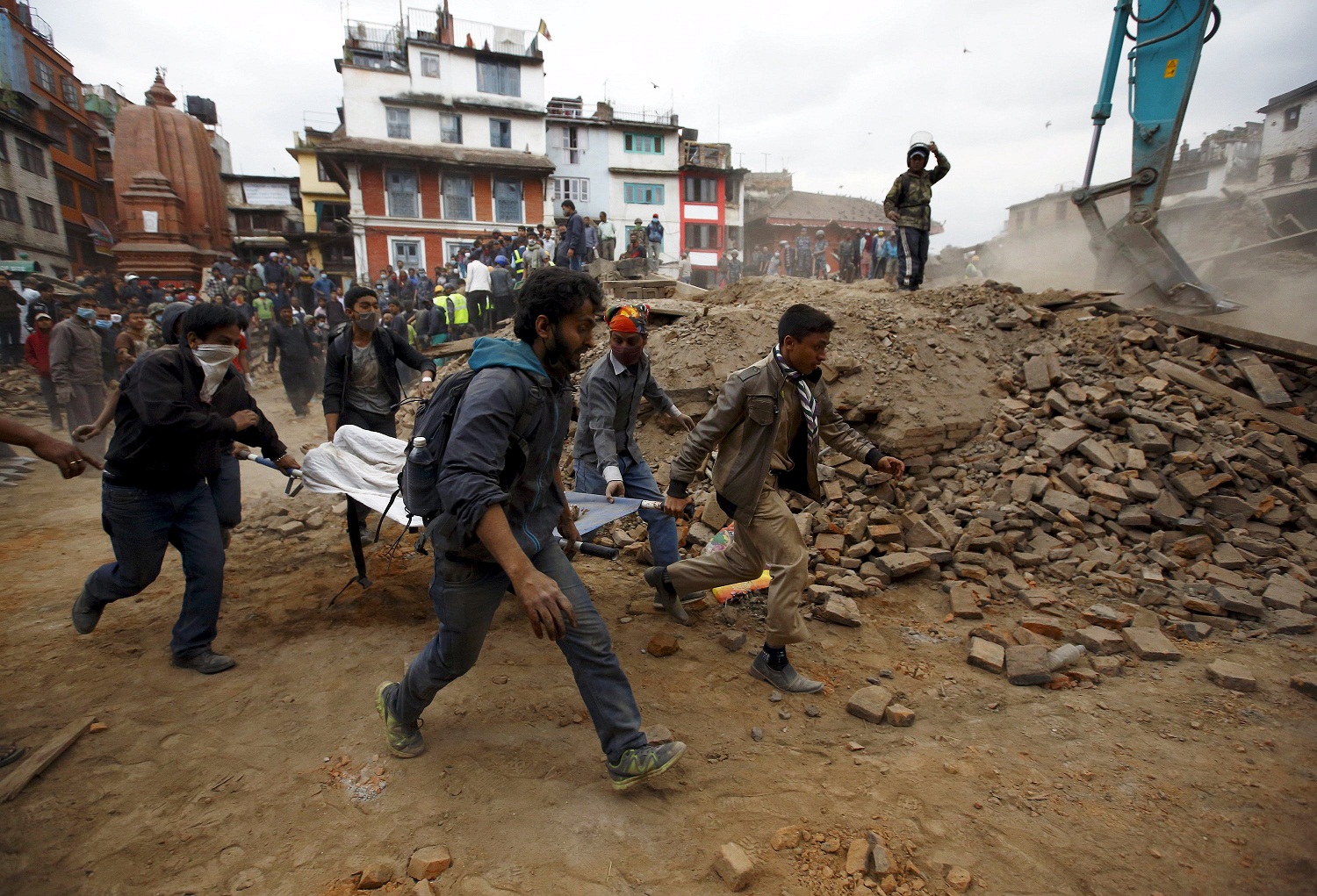 People carry the body of a victim on a stretcher, which was trapped in the debris after an earthquake hit, in Kathmandu, Nepal April 25, 2015.

WASHINGTON - The United States will send disaster response and rescue teams to Nepal and has authorized an initial $1 million in aid after a major earthquake killed hundreds in the mountainous Asian nation, US Secretary of State John Kerry said on Saturday.

"We are working closely with the government of Nepal to provide assistance and support," he said in a statement.

The United States Agency for International Development (USAID) said in a tweet it was working with the Office of US Foreign Disaster Assistance (OFDA) to launch a disaster response team and described the funding as an initial amount "to address immediate needs."

The United States also "stands ready to assist the government and people of Nepal and the region further," said National Security Council Spokesperson Bernadette Meehan in a statement on Saturday.

The OFDA said on its Twitter account that it would deploy an urban search-and-rescue team from Virginia&39;s Fairfax County Fire and Rescue Department, and that a team from the Los Angeles County Fire Department was on standby.

The Department of Homeland Security has search-and-rescue teams across the country ready to help locate victims of disasters.

The Fairfax team was deployed to Japan after the 2011 earthquake and tsunami.

Fears were growing of a humanitarian disaster in the impoverished Himalayan nation of 28 million after the magnitude 7.9 quake.

An overwhelmed government appealed for foreign help. Neighboring India, also affected by tremors, was first to respond by sending in military aircraft with medical equipment and relief teams.

"To the people in Nepal and the region affected by this tragedy we send our heartfelt sympathies," Kerry also said. "The United States stands with you during this difficult time."