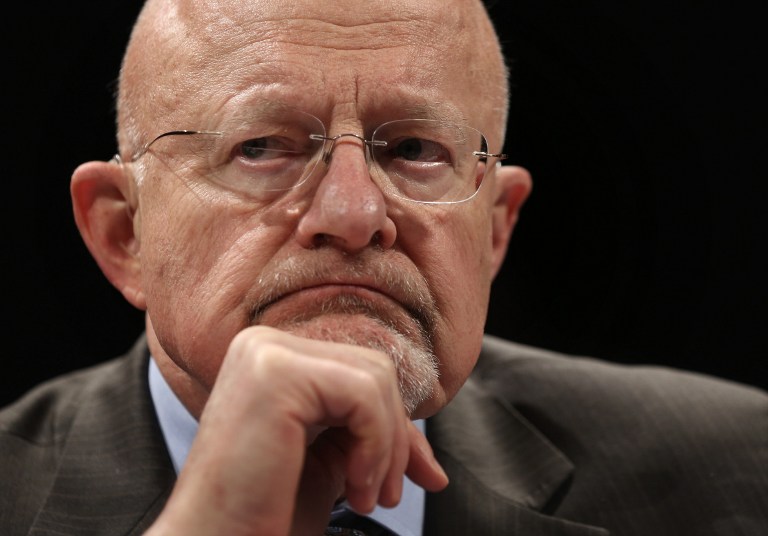 Director of National Intelligence James Clapper at a hearing before the House Intelligence Committee October 29, 2013 on Capitol Hill, Washington, DC. The committee held a hearing on "Potential Changes to the Foreign Intelligence Surveillance Act (FISA).

WASHINGTON - The head of US intelligence said Tuesday the country&39;s spy agencies have always tried to learn the intentions of foreign leaders, but stopped short of confirming reports of eavesdropping on German Chancellor Angela Merkel.

James Clapper, director of national intelligence, said seeking to discern the aims of foreign heads of state has long been a "basic tenet" for US spy agencies.

"As long as I&39;ve been in the intelligence business, 50 years, leadership intentions in whatever form that&39;s expressed is kind of a basic tenet of what we are to collect and analyse," Clapper told the House Intelligence Committee.

"It&39;s invaluable to us to know where countries are coming from, what their policies are, how that would impact us across a whole range of issues," Clapper said.

"So, and it isn&39;t just leaders themselves, it&39;s what goes on around them and the policies that they convey to their governments."

According to media leaks from former US intelligence contractor Edward Snowden, the National Security Agency has listened in on the communications of dozens of foreign leaders, including Merkel.

The revelation has created an uproar in Germany and across Europe amid conflicting reports as to when President Barack Obama allegedly learned or approved of the eavesdropping.

Clapper was asked by the chairman of the House Intelligence Committee, Mike Rogers, why US spy services tried to track the intentions of foreign leaders. But the lawmaker did not refer to reports the National Security Agency was listening in on Germany&39;s chancellor as well as other leaders from other friendly states.

And the spy chief replied: "Yes, it would."

Asked if America&39;s allies have carried out espionage against the United States, Clapper said: "Absolutely."

But another lawmaker, Adam Schiff, suggested the spy services had failed to uphold their legal obligation to inform the intelligence committees in Congress of "significant" espionage activities, which he said should include any spying on foreign leaders.

Clapper appeared to disagree, saying the spy agencies were complying with the law by telling lawmakers about the guiding priorities of intelligence gathering, without specifying each source or "selector" to be tracked.

The chairman of the committee, Rogers, later rebuked Schiff, saying committee members are not kept in the "dark," that "robust amounts of material" from the NSA are available to lawmakers who take the time to study it, and that spy agencies could not be expected to provide every detail of their espionage work.

Schiff pushed back, saying not all sources or selectors "are equal" and that the committee members could not have learned about NSA spying on a certain "chancellor."

"When a selector is the chancellor of an allied nation, that&39;s an exceptional selector," he said.

"And I can&39;t speak, Mr. Chairman, for other members of the committee but I&39;d be very surprised if there are any, apart perhaps from the chairman, who were aware of this, if it was going on, and it&39;s not for lack of doing homework by committee members."