US will no longer be piggy bank for world to rob: Trump 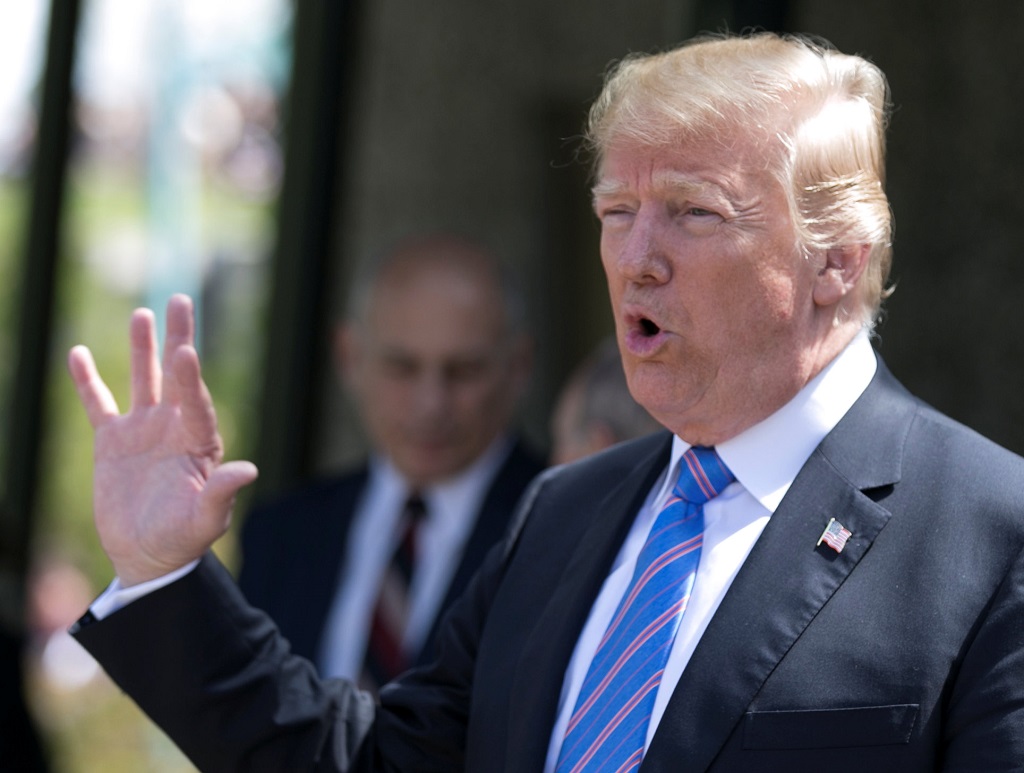 US President Donald Trump speaks to the press as he leaves the G7 Summit in the Charlevoix town of La Malbaie, Quebec, Canada, June 9, 2018.

LA MALBAIE, CANADA - United States President Donald Trump told the Group of Seven leaders that the US wanted a quick end to trade practices that he says have led to an exodus of American companies and jobs to other countries.

Trump, who angered his G7 partners last week with tariffs on steel and aluminum imports from Canada, the European Union and Mexico as part of his "America First" agenda, vowed to hold firm until US goods had "fair" access to markets.

"The United States has been taken advantage of for decades and decades..... It&39;s going to change, tariffs are going to come way down, we are like the piggy bank that everyone is robbing and that ends," Trump said at a press conference on the second day of a two-day summit in Canada.

Trump said he had suggested to the other G7 leaders that all trade barriers, including tariffs and subsidies, be eliminated.

"You go tariff-free, you go barrier-free, you go subsidy-free," he said. "I did suggest it and people I guess we&39;re going to go back to the drawing board."

Trump denied that the summit had been contentious, a remark that contradicted what one G7 official described as a bitter harangue on Friday between the U.S. president and his counterparts over tariffs.

In an "extraordinary" exchange, Trump repeated a list of grievances about US trade, mainly with the EU and Canada, a French presidency official told reporters.

"And so began a long litany of recriminations, somewhat bitter reports that the US was treated unfairly, that the trading system was totally unfavourable to the US, the American economy, American workers, the middle class," the official said.

"In short, a long, frank rant which is undoubtedly very unusual in this kind of formats," the official added.

French President Emmanuel Macron responded in a "courteous but very firm tone" to present the European side of the story, and Japanese Prime Minister Shinzo Abe chimed in as well, the official said.

Despite the apparent acrimony, it is likely that the G7 - which groups the US, Canada, Great Britain, France, Italy, Germany and Japan - will issue a final communique at the end of the summit, a diplomatic source said.

On Saturday, Trump arrived late for the first working session on gender equality but Canadian Prime Minister Justin Trudeau forged ahead with opening remarks without him, commenting wryly about "stragglers."

Trump planned to leave the summit on Saturday before it discussed climate change and the health of oceans, underlining fractures in the G7 exacerbated by the tariffs. He is due to fly to Singapore to meet with North Korean leader Kim Jong Un, which he described as a "mission of peace."

Still, the US and EU will establish a dialogue on trade within the next two weeks, signalling a modest step forward for the bitterly divided allies of the G7.

Trump&39;s early departure means he will miss a working session among the leaders on climate change and clean energy, as well as talks among the G7 and poorer countries focused on the health of oceans.

He will also be gone before allies begin closing news conferences likely to be critical of the US stance on trade and Trump&39;s suggestion that Russia be re-admitted to the G7.

Russia was suspended from the group in 2014 because of its annexation of Crimea from Ukraine.

German Chancellor Angela Merkel said EU countries at the summit agreed that the conditions to readmit Russia had not been met and even Moscow seemed to reject the suggestion.

Trump&39;s presidency has been clouded by a federal investigation into alleged Russian meddling in the 2016 presidential election, and possible collusion by his campaign. Both Moscow and Trump have denied the allegations.