Vaccination begins in Bangladesh camps to head off cholera outbreak 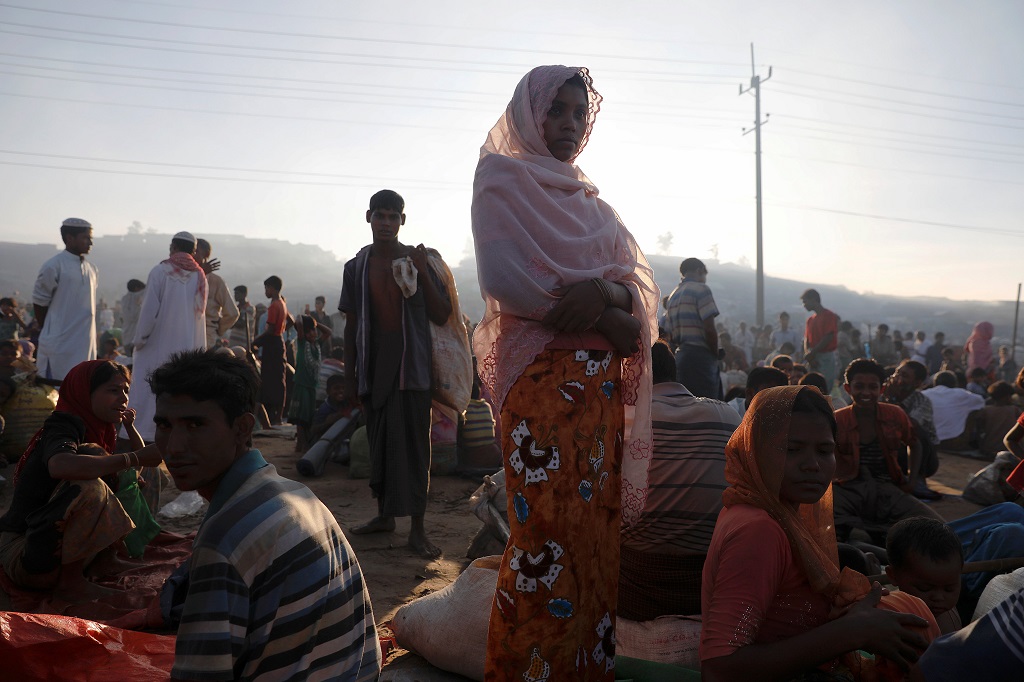 Some of thousands of Rohingya refugees who fled from Myanmar a day before wait by the road where they spent the night between refugee camps near Cox's Bazar, Bangladesh 10 October 2017.

COX'S BAZAR, Bangladesh - The World Health Organization (WHO) began distributing 900,000 doses of cholera vaccine on Tuesday in Bangladesh’s camps for Rohingya refugees fleeing from Myanmar, as authorities rush to prevent a major outbreak of the deadly disease.

More than 10,000 cases of diarrhoea have been reported in the past week alone, the WHO said.

Doctors in two clinics have told Reuters that there have been several cases of patients with the symptoms of cholera, a virulent diarrhoea that kills within 36 hours if not treated.

Cholera has not been identified in testing of patient samples by Bangladesh's health ministry, although clinics say they are waiting for results for some samples sent last week.

"There is a clear risk for cholera," said Dr N. Paranietharan, the WHO's representative in Bangladesh.

"Sporadic cases are inevitable (but) we are not expecting a major outbreak like Yemen," he said.

War-torn Yemen is in the grip of a cholera crisis, with more than 750,000 sufferers afflicted by the bacteria, which is spread when contaminated faeces is ingested by humans, usually through the water supply.

The cholera vaccination campaign in Bangladesh, the second largest in history, will be crucial to containing any outbreak, said Paranietharan.

More than 1,000 people will fan out across the sprawling camps on the southern tip of Bangladesh that are home to more than 519,000 Rohingya Muslims.

READ: Fourteen people have died of cholera in Nigeria

The Rohingya fled Buddhist-majority Myanmar when government forces launched a ferocious offensive, denounced by the United Nations as ethnic cleansing, in response to a series of Rohingya militant attacks on security posts on Aug. 25.

In pounding heat and stifling humidity, traumatized and malnourished refugees are crammed into bamboo and canvas huts packed across muddy hillsides. Faeces lies in lanes that flood in the pouring rain.

More than 3,000 latrines have been installed but many overflow and sit above pools and creeks where refugees bathe.

Many new wells for drinking water are shallow and have become contaminated by sewage, said Paranietharan.

"While we are doing this vaccination, it is not an alternative to fixing the water, sanitation and hygiene intervention, it just buys us time," he said.

"Sanitary facilities and hygiene promotion have still not met the standards. They need to be improved quickly."

In a dysentery clinic in Kutupalong camp run by the Medical Teams International group, patients with severe diarrhoea lie motionless, moaning as intravenous fluid flows into them.

"I believe we are facing a tsunami. We just don't know if it's going to be 10 feet or 50 feet," said Bruce Murray, a physician at the clinic.

"Cholera is known to be endemic in Bangladesh and now we are bringing in half a million people in squalid conditions and it's got to be inevitable. It's a matter of when it hits, rather than if," he said.

Murray said there could be "tens of thousands" of victims in an outbreak. Paranietharan said his organisation had the capacity to handle 70,000 cholera cases.

As well as a handful of clinics, mobile teams are ready to go to inaccessible parts of the camps with oral rehydration salts that can save cholera patients if they can't get access to intravenous fluids.

Aid workers worry they lack the staff to get the vaccines out quickly, while the WHO says it urgently needs $10.2 million to do the job properly.

The first round of the vaccination campaign will cover 650,000 people aged one year and older. A second round will target 250,000 children aged between one and five with an additional dose for extra protection.