The Vatican recognises the Palestinian state 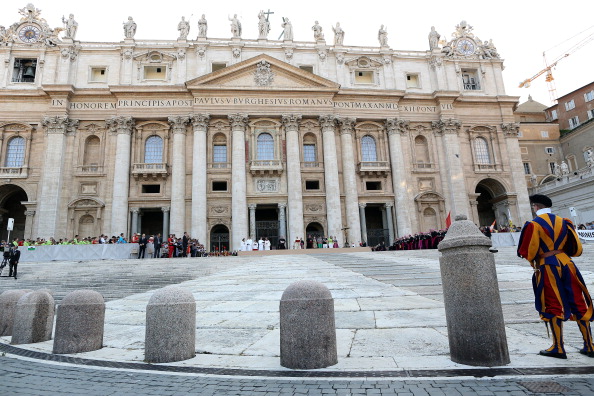 VATICAN CITY - The Vatican said Wednesday it had completed negotiations with Palestinian officials on a treaty effectively recognising Palestine as a state.
Pope Francis referred to the “State of Palestine” when he visited the Holy Land last year, but officially, the Holy See still entertains diplomatic relations with the Palestinian Liberation Organization.
Vatican spokesman Father Federico Lombardi also said that Francis would grant an audience to Palestinian President Mahmoud Abbas on Saturday, a day before the canonization of the Catholic Church’s first two Arabic-speaking saints.
Israel criticised The Vatican, saying their decision is "disappointing."
“We are disappointed with the Vatican decision,” Foreign Ministry spokesman Emmanuel Nahshon says. “And we believe that it will not be helpful in bringing the Palestinians back to the negotiating table.”

Joint Statement of the Bilateral Commission of the Holy See and the State of Palestine at the conclusion of...