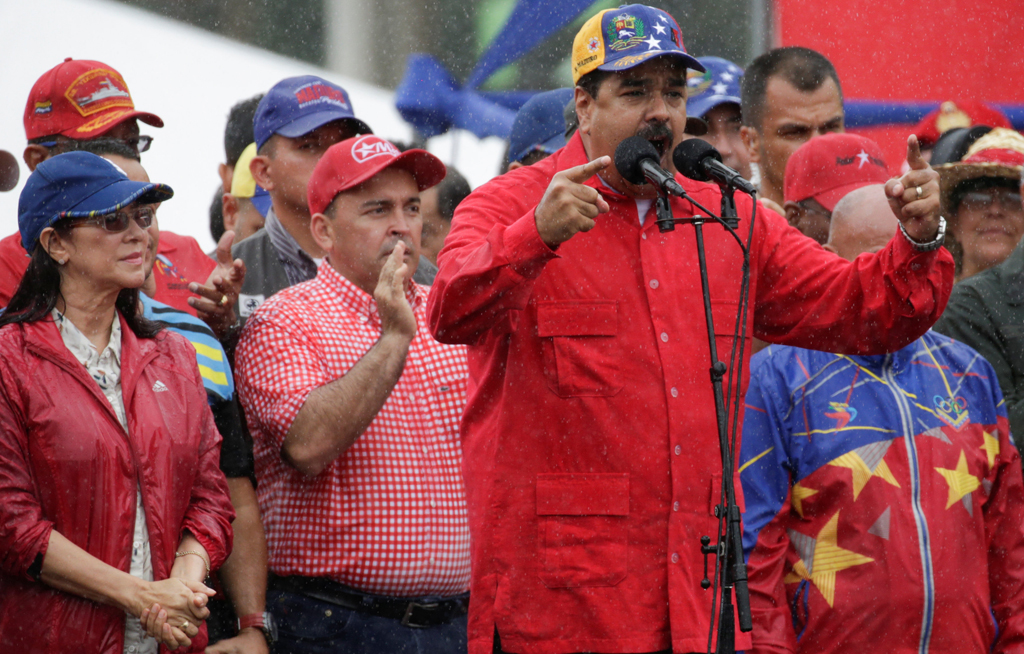 Venezuela's President Nicolas Maduro speaks during a pro-government rally, next to his wife Cilia Flores (L), in Caracas, Venezuela March 9, 2017.

"His speech was aggressive and threatening, ... revealing his contempt and ignorance," President Nicolas Maduro said in a speech. "We reject Donald Trump's declarations against our brother Cuba. It is an offence against Latin America."

"US extremism aspires to cover the planet with misery, violence and death," she said in a series of tweets blasting Trump and praising Cuba.

"It's an abuse of power by the US empire not to listen to the whole world's support against the blockade of Cuba," he said. "Instead of asking Cuba to free political prisoners, Trump should expel the criminal politicians sheltered in the USA."

Mexico took a more moderate line, urging Washington and Havana to resolve their differences "via dialogue."