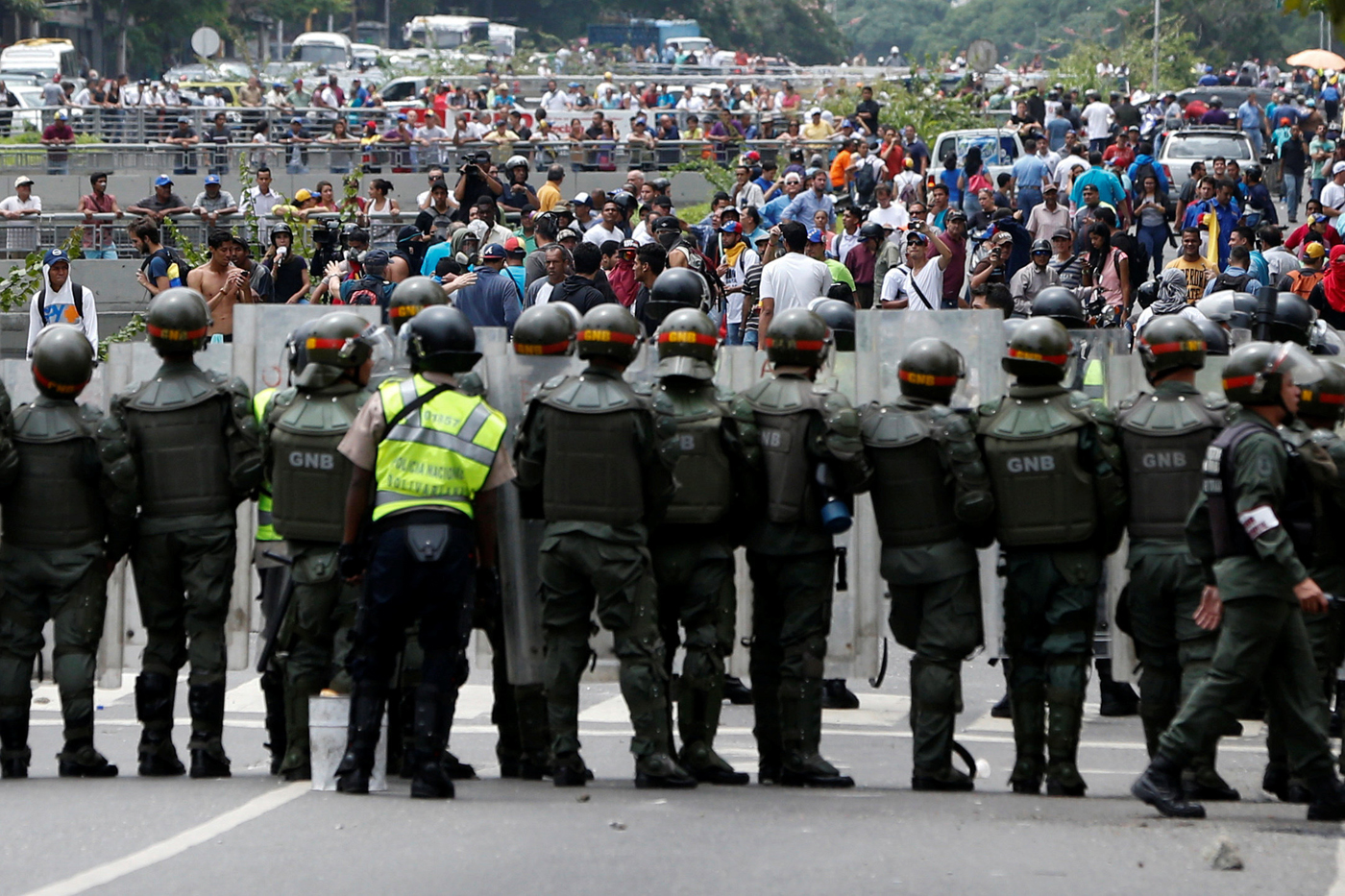 Opposition supporters clash with Venezuelan National Guards during a rally to demand a referendum to remove President Nicolas Maduro in Caracas, Venezuela on May 18, 2016.

WASHINGTON – The head of the Organization of American States accused Venezuela&39;s President Nicols Maduro of betraying his people on Wednesday, and warned he will become a "petty dictator" if he impedes a recall referendum this year.

"To deny the people that vote, to deny them the possibility of deciding, would make you just another petty dictator, like so many this hemisphere has had," OAS secretary general Luis Almagro wrote in an open letter, according to an official English translation.

Almagro&39;s scathing denunciation came a day after Maduro declared that an opposition-backed bid to hold a vote this year on whether he should remain in office was "not viable".

The Opec country, which has the world&39;s largest oil reserves, is mired in a deepening political and economic crisis, beset by shortages of food and medicine, soaring inflation and rampant crime.

The opposition, which has raised 1,8-million signatures in support of the recall election, has accused the government of delaying tactics aimed at preventing a vote from being held.

An opposition march on Wednesday on the headquarters of the country&39;s National Election Council to press demands for the referendum was blocked by dozens of riot police.

"I hope that no one commits the folly of carrying out a coup d’etat against you, but also that you yourself do not do so," Almagro said.

"You have an obligation to public decency to hold the recall referendum in 2016, because when politics are polarised the decision must go back to the people. That is what the constitution says."

Responding to accusations Maduro made against him, the Uruguayan diplomat turned them against the Venezuelan president.

"You betray your people and your supposed ideology with your rambling tirades, you are a traitor to ethics in politics with your lies and you betray the most sacred principle in politics, which is to subject yourself to the scrutiny of your people."