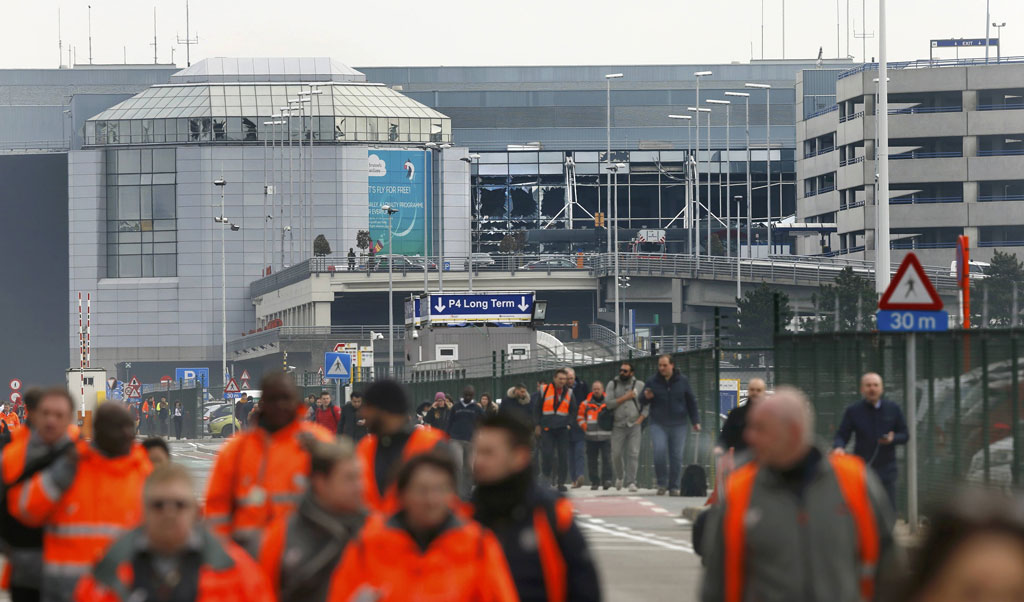 People leave the scene of explosions at Zaventem airport near Brussels, Belgium, March 22, 2016.

BRUSSELS -- A video has emerged showing the moments just after one of a reported two deadly explosions went off at the Brussels airport on Monday.

In it, passengers are seen fleeing the airport with a column of smoke in the background.

10 people were reportedly killed and several others injured.

Nearby, a subsequent explosion happened at the Belgium metro station near European Union institutions.

Stations close to the location were also shut down as the Belgian government raised the terror alert.