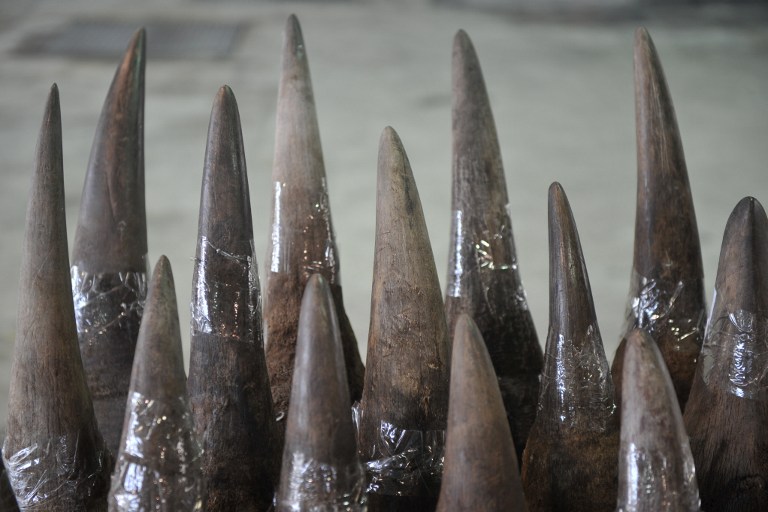 HANOI – Vietnamese police have arrested two men for transporting rhino horn worth an estimated $1-million (R12m), state media said on Monday, in the latest seizure of the prized animal part.

The pair were arrested as they left a railway station in central Nghe An province on Saturday carrying bags of rhino horn chunks weighing 37kg, the Nguoi Lao Dong newspaper said.

The men told police they were paid $1,800 to transport the horns from southern Ho Chi Minh City, the report said, without giving details of the origin or final destination of the horn.

The trade in rhino horn is illegal but the substance is highly sought after. A kilogram of horn sells for around $50,000 in Vietnam.

This valuation would put Saturday&39;s seizure at $1.85m, but Nguoi Lao Dong said the estimated street value of the haul was around $1m.

Illegal hunting of rhinos has risen in recent years to meet surging demand for their horns in parts of Asia, in particular Vietnam where powdered horn is coveted for its supposed medicinal qualities – although there is no scientific proof for the claim.

The rhino horn trade was banned globally by the Convention on International Trade in Endangered Species of Wild Fauna and Flora (Cites) in 1977.

But Vietnam has long been criticised by conservation groups for failing to act against wildlife crime, with arrests of perpetrators rare.