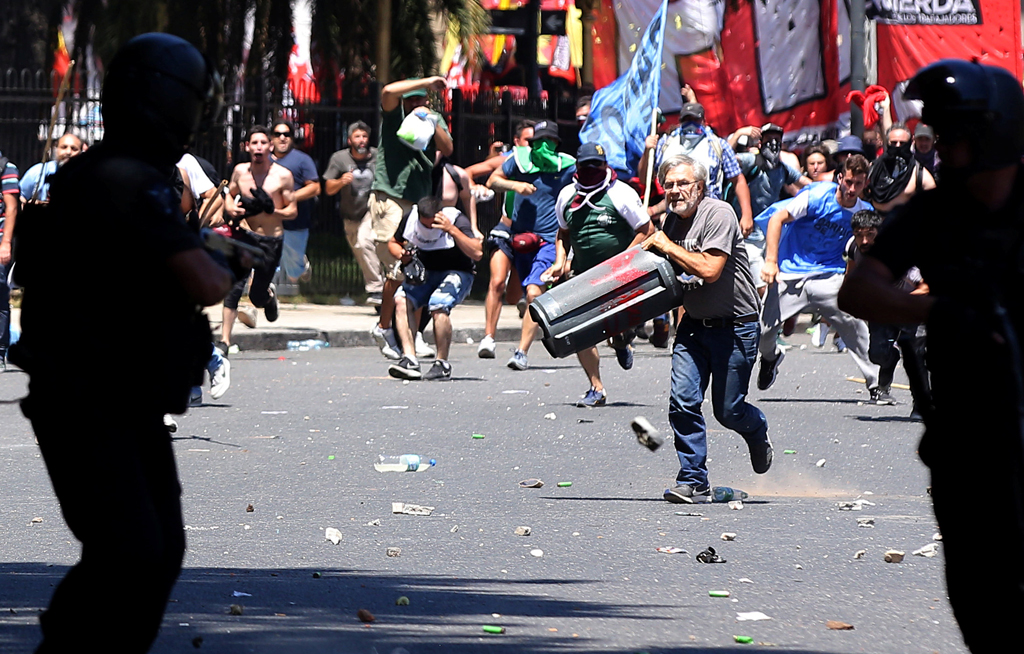 Protesters clash with policemen outside the Congress in Buenos Aires, Argentina December 14, 2017.

BUENOS AIRES - A trade union-organized march in Buenos Aires descended into violence Thursday, with thousands of protesters clashing with police as they demanded lawmakers reject a controversial pension reform plan.

Military police used water cannons, tear gas and rubber bullets against demonstrators, who threw stones and burned barricades made of rubbish outside the doors of Argentina&39;s congress.

Meanwhile inside, the unrest forced the postponement of the vote, as opposition legislators cried out for the debate to be suspended.

"We cannot sit in a session with this violence," said Elisa Carrio, National Deputy for Buenos Aires and leader of the social liberal Civic Coalition ARI party.

The opposition, however, argues it would negatively impact some 17 million retirees -- as it would change the formula used to calculate benefits, adjusting payments quarterly taking only the official inflation index into account.

Since 2009, retirees have received automatic increases every six months.

Marcos Pena, Cabinet Chief, later insisted during a press conference that the reform "is a good law."