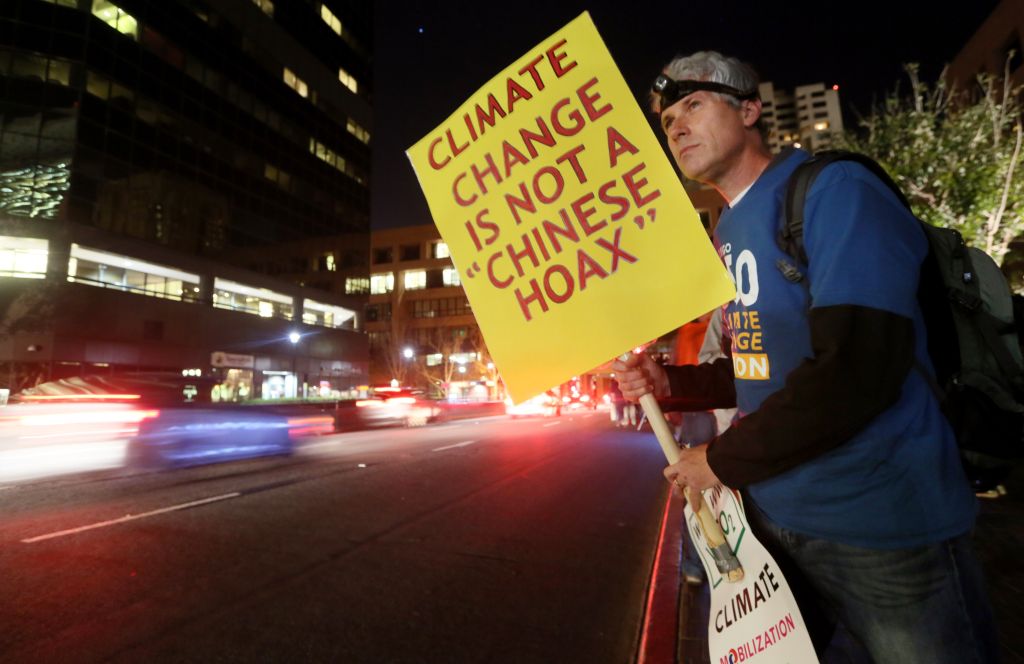 Protester Karl Aldinger displays a sign during a rally against climate change in San Diego, California on February 21, 2017.

WASHINGTON DC - President Donald Trump’s nominee to serve as his top environmental adviser, Kathleen Hartnett White, said on Wednesday that scientific evidence that man-made carbon emissions are the primary cause of climate change had left her unconvinced.

Hartnett White was testifying before a Senate committee who had to decide whether to confirm her as chair of the Council on Environmental Quality at the White House.

At one point, Hartnett said, “I am not a scientist, but in my personal capacity I have many questions that remain unanswered by current climate policy.”

* View the attached video, which has left people concerned about the future of the environment profoundly concerned.