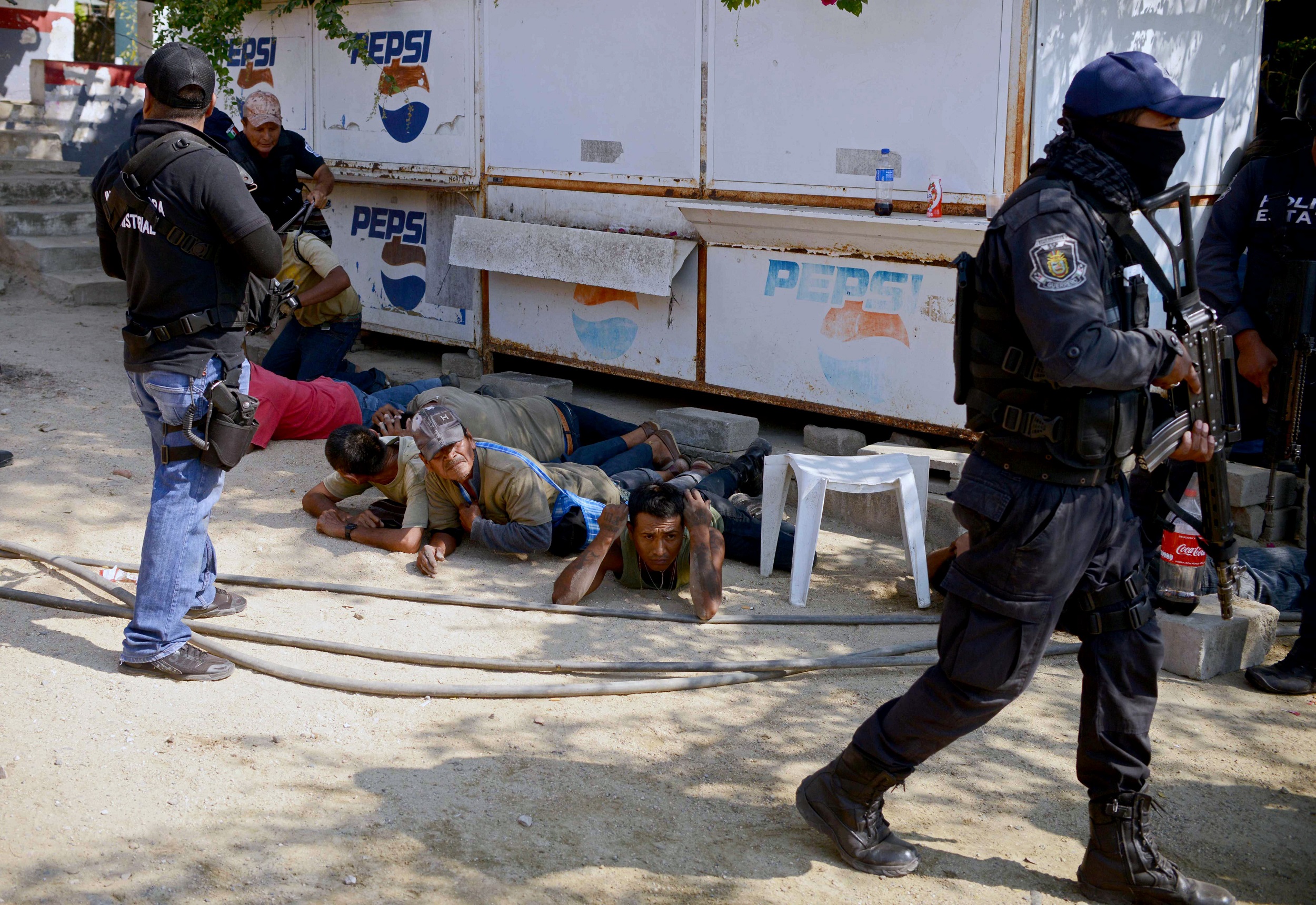 Policemen are seen during the arrest of a member of the Regional Coordinator of Community Authorities (CRAC) after a series of clashes that left at least 11 people dead.

The bloodshed came after 30 people were killed and seven more suffered gunshot wounds over two days of drug trafficking-fueled violence in Chihuahua state.

In rural areas of Guerrero state, people opposed to a proposed dam attacked a village during a festival, sparking a series of clashes that left 11 dead, a state police spokesman said.

The state, home to popular beach destinations such as Acapulco, Ixtapa and Zihuatanejo, is also one of the poorest states in Mexico and among the hardest hit by organized crime.

More than two dozen more people were killed in the Chihuahua state just ahead of the weekend.

Thirty were killed on Thursday and Friday in the northern state, which borders the US, while another died Saturday of serious injuries.

Carlos Huerta, the spokesman for the local prosecutor&39;s office, said the violence was due to attacks by the rival Juarez and Sinaloa cartels.