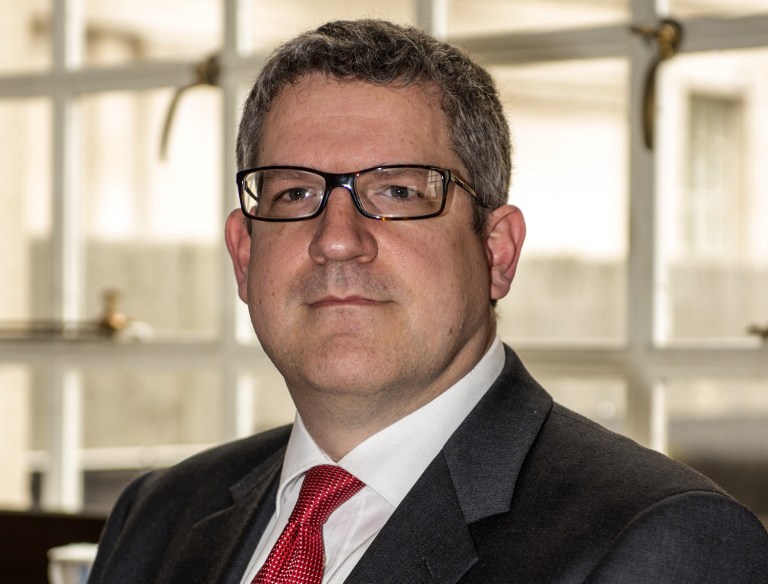 LONDON/WASHINGTON - Islamist militants in Syria are planning "mass casualty attacks" on Western targets, the head of British spy agency MI5 has warned, saying the deadly shootings in Paris were only a reminder of an ongoing threat.

Security Service chief Andrew Parker was referring in particular to a group of fighters known as Khorasan, sources said, who have been targeted by US warplanes in strikes in northwest Syria.

He warned that intelligence agencies needed more powers, in particular to intercept communications, but added: "We know that we cannot hope to stop everything".

Parker was speaking late on Thursday, a day after Islamist gunmen stormed the offices of French satirical magazine Charlie Hebdo in Paris and killed 12 people.

He said the attack was a "terrible reminder of the intentions of those who wish us harm".

Speaking of the broader threats, he said the number of "crude but potentially deadly plots" had increased, citing last year&39;s attacks in Canada and Australia, and were particularly hard to detect.

Meanwhile, the "complex and ambitious plots" carried out by al-Qaeda in the past still existed, he told the RUSI defence and security think tank in London.

These included "attempts to cause large-scale loss of life, often by attacking transport systems or iconic targets".

In August, Britain raised the national threat level to "severe" -- the second-highest of five levels -- meaning that an attack is considered "highly likely".

This was primarily due to the rise of the Islamic State militant group in Syria and Iraq, where an estimated 600 Britons have gone to fight, Parker said.

The MI5 chief added: "We know, for example, that a group of core al-Qaeda terrorists in Syria is planning mass casualty attacks against the West."

The Khorasan group had been an obscure cell until US intelligence officials called attention to it in September.

US officials say the group includes al-Qaeda operatives from Afghanistan and Pakistan who made their way to Syria, although experts caution they are not a distinct group but are part of Al-Nusra Front, al-Qaeda&39;s Syrian branch.

Raffaello Pantucci, an expert in international security at RUSI, said that despite the apparent changing nature of recent attacks, the old threats do not go away.

"So while we have seen a surge in this kind of lone actor-type thing, we&39;ve also still got a lot of people trying to plan big attacks," he told AFP.

"The fact that we haven&39;t had a successful one does not mean that people aren&39;t plotting to do that."

Security has been stepped up at ports following the Paris attack, but Parker said more powers were needed for the security services -- an issue that is of ongoing and heated debate in Britain, as elsewhere.

"My sharpest concern as director-general of MI5 is the growing gap between the increasingly challenging threat and the decreasingly availability of capabilities to address it," he said.

A previous bill to force companies to keep data about people&39;s social media activity, calls and texts for a year was dropped over divisions in the coalition government.

But another law was published in November that would oblige internet service providers to hand over data on Internet Protocol addresses to trace individual smartphone and computer users.

"In the modern world they communicate through the internet, through e-mail, through social messaging and all the technical ways that we are aware of," the former foreign and defence secretary told BBC radio.

"So our intelligence agencies, acting under law, acting on good reasonable grounds, with authority, have to have the power to intercept particularly international communications that might be relevant."

French Prime Minister Manuel Valls made a similar point on Friday, saying: "It will be no doubt necessarily to take new measures" to respond to the terror threat.

France has invited ministers from other European countries and the US to Paris on Sunday to discuss their common security challenges.

The swelling ranks of homegrown militants in Europe and the US pose a mounting problem for governments, even as Western security services expand their policing powers, share intelligence and embrace far-reaching electronic surveillance, experts and officials say.

"The threat these individuals pose to Americans here at home is being fuelled by the conflict in Syria and Iraq and is proving particularly difficult to disrupt," Nicholas Rasmussen, director of the US National Counter-Terrorism Center (NCTC), told lawmakers last year.

The Paris attacks were preceded by attacks in Canada and Australia by other "self-radicalised" militants with Western passports.

Information on potential extremists on both sides of the Atlantic goes into a special database at the NCTC in Washington, which feeds US watch lists -- including the "no-fly list" designed to prevent attacks on airliners bound for the US.

The two men believed to have carried out Wednesday&39;s horrific attack on Charlie Hebdo&39;s offices in Paris, Said Kouachi, 34, and his younger brother Cherif, were both on the watch lists, including the "no-fly list".

Said Kouachi travelled to Yemen in 2011 to receive training from al-Qaeda&39;s branch there, a senior US administration official has told AFP.

But neither man was under constant surveillance and there had been no indication of an imminent attack, French Interior Minister Bernard Cazenueve said.

Round-the-clock surveillance requires manpower and resources, and no Western security service can track every suspected jihadist on its soil, experts said.

Like other governments, the French try to focus on those they deem the most dangerous and the most likely to commit violence, but there are limits -- both practical and legal.

"At some point surveillance comes to an end, especially if you are smart enough to watch your step for a while. These are inevitable holes in the net," said Eric Denece, director of the French Centre for Intelligence Research.

In a race with extremists

Western authorities are effectively in a race with extremists, scrambling to bolster counter-terrorism methods faster than new volunteers can be recruited or encouraged to commit violence.

Concerns about foreign fighters are nothing new. But the sheer volume of Westerners heading to Syria poses an unprecedented threat, particularly for European countries.

US officials say about 100 Americans have travelled to Syria and more than a thousand Europeans have flocked to the region to fight with the Islamic State group or other jihadists, while some independent analysts say the number is likely higher.

European governments once took a more cautious approach to sharing information with Washington&39;s spy agencies. But worries about volunteers returning from Syria have led to a dramatic increase in intelligence co-operation with the Americans, officials said.

Events in France have reignited a bitter debate about controversial eavesdropping by the US, with former American spymaster Michael Hayden arguing that the attacks underscored the need to sweep up "meta-data" from mobile phones and e-mails to help ferret out extremist plots.

"A lot of people were hyperventilating about that six, 12 or 18 months ago," Hayden said on Newsmax TV.

"We did that stuff for a reason. We did it to keep you safe, not to invade your privacy."