What happened to flight MH370? Experts weigh in 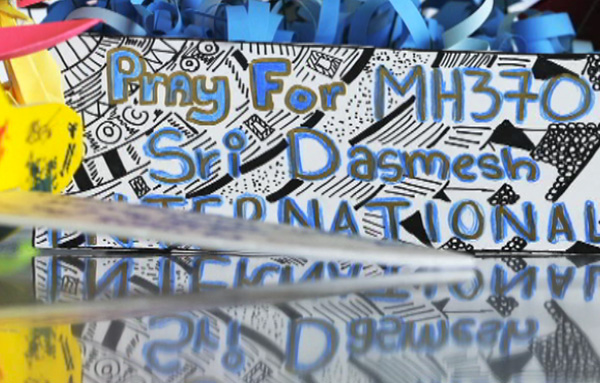 KUALA LUMPUR - The week-long search for Malaysia Airlines flight MH370 took a major turn on Saturday as evidence indicated that its communication systems were manually switched off and the airliner was deliberately diverted.

The first concrete, verified lead as to the possible reason behind the disappearance has fuelled speculation over how and why MH370 might have been commandeered -- and its likely fate.

Here are some of the possible scenarios being weighed up by experts.

WHY: As the theory that the plane was deliberately taken over gains traction, questions over the involvement of terrorist organisations have come back to the fore.

The presence of two passengers travelling on stolen passports fuelled early fears of a terror link.

Authorities now believe the two Iranian men were simply illegal migrants, but CIA director John Brennan has said a terror attack has not been ruled out.

EXPERT VIEW: The extensive inside information and expertise needed to commandeer a plane for hours without detection would need an unprecedented level of planning, says Gerry Soejatman, a Jakarta-based independent aviation analyst.

"If that was deliberate, we may be dealing with something beyond the mission planning for 9/11," he said.

While the southern corridor is less monitored, the northern zone would be bristling with radar. Dropping altitude to fly as low as possible would be one way to avoid detection, he said.

But the Malaysia Airlines scenario had too many loose ends for a terror attack, said Adam Dolnik, professor of terrorism studies at the University of Wollongong in Australia.

"Nothing from what I have seen points to that conclusion," he told AFP. "For something this big, you would have somebody claiming it."

WHY: With Malaysia confirming that communications were likely switched off manually, pilot involvement -- whether intentional or under duress -- is a possibility, some experts say.

EXPERT VIEW: "For me there&39;s only a few scenarios," says Paul Yap, aviation lecturer at Temasek Polytechnic in Singapore.

"First, the people involved in the deliberate actions... are the pilots, one of them or both of them in cahoots.

"Then we have a scenario where terrorists make the pilots change course and switch off the transponders under duress, maybe threatening to kill of the passengers.

"Or, we could have a scenario where the security protocol surrounding the cockpit is compromised."

Passengers have been prohibited from entering the cockpit during a flight after the 9/11 attacks on the United States.

"It&39;s certainly someone who knew what they were doing," said Chris De Lavigne, a vice president at business consultancy Frost & Sullivan.

"It could be the pilot, the crew, it could be passengers."

Malaysia Airlines has said it was "shocked" over a TV report that MH370 co-pilot Fariq Abdul Hamid had, along with another pilot, allowed two women into the cockpit on a flight in 2011.

WHY: While rare, there have been cases of pilots crashing planes to take their own lives. In December 1997, a SilkAir Boeing 737 from Jakarta to Singapore plunged into a river in Indonesia with the loss of 104 passengers and crew. US investigators blamed pilot suicide.

EXPERT VIEW: A suicide bid "is possible and if that&39;s the case there might not be a lot of debris because the plane would have come down in relative structural integrity", said Terence Fan, aviation expert at Singapore Management University.

Nothing has emerged to suggest any serious psychological problems with either of the pilots who were flying MH370.

THEORY: The plane landed and is hidden

WHY: The lack of debris and apparent absence of any data indicating impact have led to speculation that the plane may have landed safely and be hidden in a remote location.

EXPERT VIEW: The size of the Boeing 777 and the amount of space needed for it to land make it unlikely that this was the flight&39;s fate, says Greg Waldron, Asia managing editor at industry publication Flightglobal.

"The triple seven is a very large aircraft that requires a long airport-size runway to land... it&39;s possible, but I think not probable."

But Yap believes that if those controlling the flight were skilled enough to evade military radar, "that person should most likely be able to land it safely as well".

"Evidence of deliberate action does open several new leads -- including the possibility that the aircraft is not lost at sea," said London-based David Kaminski-Morrow, air transport editor for Flight International.

Soejatman added that most flights have enough fuel to cover an additional two hours in the air so, given the latest data, MH370 would have been close to running out.

WHY: The apparent slowness to reveal key radar data has led to speculation that countries may know more about the plane&39;s likely whereabouts, but are unwilling to share due to a perceived security risk.

EXPERT VIEW: The latest information on the plane&39;s route poses more questions than it answers over how it remained undetected, says Soejatman.

"If it went through the northern corridor, it would have passed through so many countries. But why hasn&39;t anybody detected it and said anything?

"It&39;s extremely different to comprehend that so many countries might have seen it and kept it under wraps."

A path through the most remote southern corridor would explain a lack of radar coverage, but would bring the motive into doubt, he said.

"It is amazing that an airplane -- and not a little airplane -- could fly so far, over multiple overlapping jurisdictions, without being detected," Ajai Sahni, executive director of India&39;s Institute for Conflict Management, a Delhi-based think-tank, told AFP.