What next as Catalan crisis escalates? 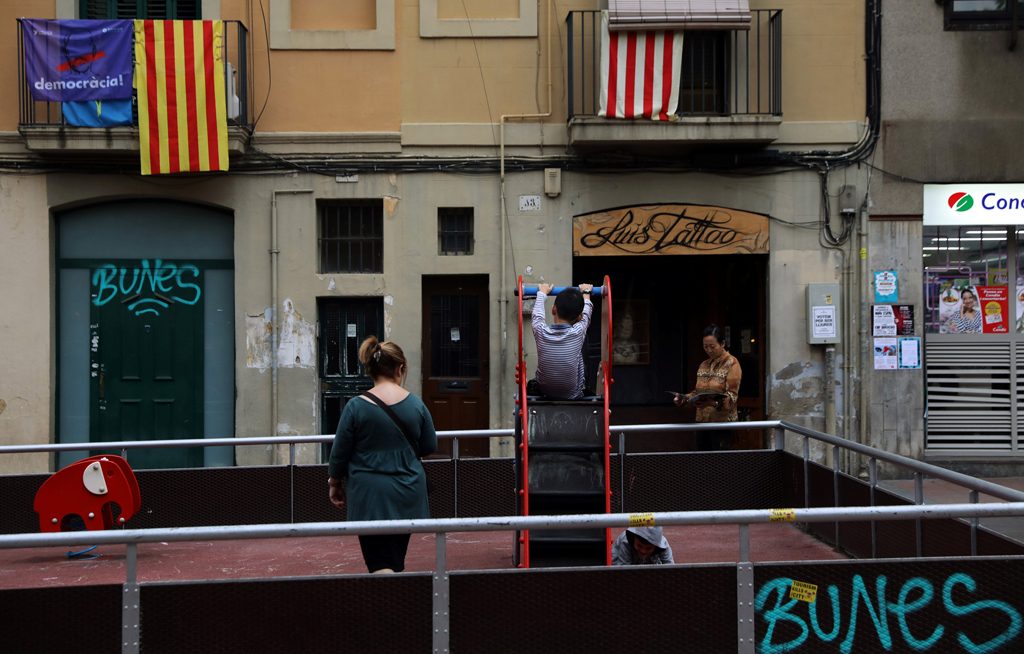 BARCELONA - Will Catalonia's separatist leaders go ahead with a unilateral declaration of independence? What would Madrid's reaction be, and what of the consequences?

It's all down to Catalan separatist leader Carles Puigdemont. He's the one who decides when to press the "nuclear button" of an independence declaration.

Such a move could come after the publication of the final results of the independence referendum held Sunday in Catalonia despite a ban by Madrid, and which regional authorities claim to have won.

A regional parliamentary session has been called for Monday, and a Catalan government source said independence could be declared that very day, "according to how the session goes."

Puigdemont appears to want international mediation to be given a chance before he presses the button.

He is ready to "suspend everything" if Madrid shows a willingness to negotiate over holding a referendum -- legal this time around.

But the central government is unlikely to do so, arguing that such a move is unconstitutional.

If Puigdemont does declare independence, a "transition period" will begin.

The Catalan government has given scant details as to how it would handle matters such as security, border and airspace control, finances and health.

It says it has set up its own tax agency but the region is heavily indebted.

The Spanish state can also cut funding and put pressure on civil servants whom it currently pays directly, having already tightened control over Catalonia's finances.

Politically, the situation is complex for the government of Prime Minister Mariano Rajoy.

He is under pressure from voters to stop Catalonia from leaving Spain.

"The time for friendly invitations of dialogue is over... the government must stop" the separatists, wrote the conservative El Mundo daily on Wednesday.

Puigdemont on Wednesday accused the national government of failing to respond to proposals for mediation in the crisis.

"It's time to talk, finding a way out of the impasse, working within the constitutional order of Spain," European Commission Vice President Frans Timmermans told an emergency debate in the European Parliament.

But the Spanish Constitution doesn't allow for an independence referendum.

And Madrid could be preparing to take severe measures, at least on the judicial front.

Interior Minister Juan Ignacio Zoido also accused the Catalan separatists of fomenting "rebellion", which in Spain can be punished with 15 to 25 years in prison.

Madrid has other tools at its disposal: a "national security" law proclaimed in 2015 that allows the government to decree that the country is in a "situation that threatens national security."

It allows Madrid to rule by decree and for instance to directly control regional police, which are normally managed by the Catalan government.

The most extreme measure would be applying article 155 of the Constitution, which allows the central government to implement the "necessary measures" to force a dissenting region into complying.

There is one area that could push Madrid into negotiations, however.

Catalonia is Spain's engine of growth, accounting for 19 percent of its GDP.

The economic impact of the crisis could come back and bite the government, with the possible flight of capital, fall in the stockmarket, or a rise in the country's risk premium.

Spain -- and especially Catalonia -- have been wracked by protests over the crisis.

News of the detention in mid-September of key organisers of the referendum sparked a wave of rallies in Catalonia.

Spain's national police and Guardia Civil forces are a target, especially since they brutally repressed Sunday's banned referendum, with protests in front of hotels where they were staying and hate messages on social networks.

On Tuesday, some 700,000 people took to the streets in Barcelona against police violence during Sunday's vote.

And according to opinion polls, 80 percent of Catalans want to vote in a legal referendum, even if less than half are actually in favour of independence.

This resentment could rise still further if Madrid decides to suspend Catalonia's autonomy or arrest its leaders.