Who are the 13 Russians indicted by the US? 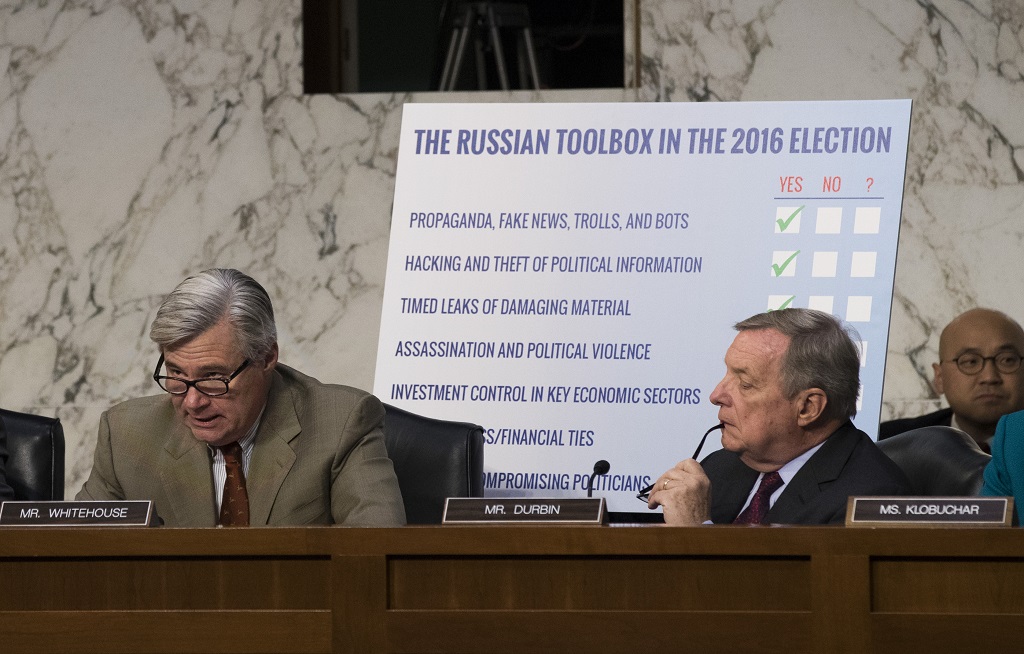 MOSCOW – The 13 Russians indicted by the United States for interfering in its 2016 presidential election have been connected to a "troll factory" churning out online posts aimed at influencing public opinion.

The list is topped by Yevgeny Prigozhin, a businessman close to the Kremlin who has been linked to the secretive propaganda operation by Russian media, but who has denied meddling in elections.

He has brushed off the indictment, telling RIA Novosti state news agency: "I am not at all upset that I am in this list. If they want to see a devil, let them."

Mueller just announced the indictment of 13 Russians & 3 Russian entities for interfering in our elections. It means Mueller has evidence proving election interference, Mueller knows how they did it & it’s more confirmation it was Russia behind it. 15 indictments, 2 guilty pleas.

The unsealed US indictment said that those on the list except Prigozhin worked in various capacities for the Internet Research Agency, the name of the "troll factory" in the northwestern city of Saint Petersburg that allegedly worked to "interfere with the US political system."

The indictment said that Prigozhin and companies he controlled allegedly provided the agency with funding.

Russian media first reported on the "troll factory" in 2014, saying it ran thousands of fake accounts on social media. RBK media group reported it was initially used to influence domestic politics but from 2015 it was redirected to work on a US audience.

RBK reported in October that around 90 people worked in the "US department" of the troll factory.

Congress has a responsibility to ProtectOurDemocracy – but after 13 months, the @HouseGOP has done nothing to FollowTheFacts on Russia and ensure the 2018 elections are being protected. pic.twitter.com/kRGhiGQ1DO

A woman who had worked at the agency for two months told AFP in 2015 that she was paid to write messages praising Russian President Vladimir Putin on blogs under several different names, as well as writing hundreds of comments on other sites.

Prigozhin has been under US sanctions since December 2016 for having "materially assisted" senior officials of the Russian Federation and for "extensive business dealings" with the defence ministry.

Nicknamed by Russian media "Putin&39;s chef," he owns a company that has done catering for Kremlin receptions and has been photographed with the president.

His restaurant and catering group Konkord, or Concord, has been subject to US sanctions since 2017 and is also named in the indictment. It has won catering contracts with the defence ministry.

Prigozhin has also been linked by Russian media to the mercenary group Wagner, which has reportedly sent its operatives to Syria to fight alongside Russian armed forces. He has denied any connection to Wagner.

The US said it was blacklisting the company because it is "owned or controlled" by Prigozhin.

It said the company contracted with the government of Syria to protect Syrian oil fields in exchange for a 25 percent share in oil and gas production from the fields.

Fontanka.ru reported in summer 2017 that Yevro Polis was involved in a secret deal to take control of certain oil and gas deposits and refineries in Syria in return for freeing oil and gas sites from rebel control and providing security at the sites. It cited a source close to the energy ministry.