Wildfires rage on in California 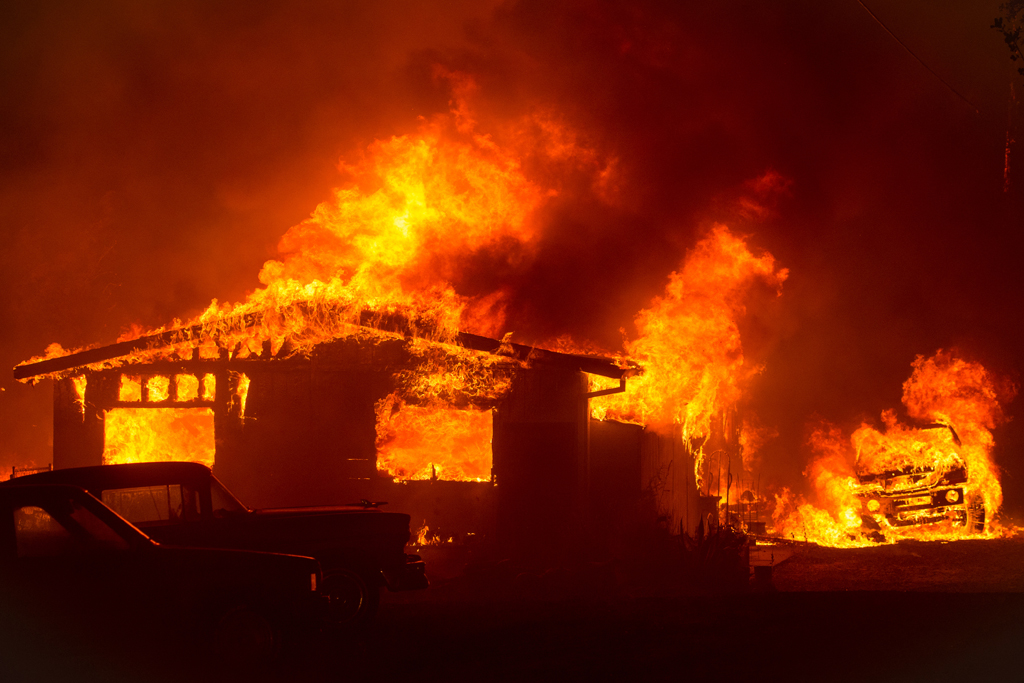 A house is engulfed in flames as the "Wall Fire" burns through a residential area in Oroville, California on 8 July 2017.

SACRAMENTO - The first major wildfires after the end of California's five-year drought raged across the state Saturday, as it was gripped by a record-breaking heatwave.

Some 3,000 firefighters were battling several blazes with triple-digit temperatures recorded in valleys and inland areas.

A wildfire in the Sierra Nevada foothills north of Sacramento was only two percent contained by early evening and had destroyed 10 homes, scorching 2,000 acres (800 hectares) of forest and sparking evacuations and road closures.

The California Department of Forestry and Fire Protection (CalFire) said five residents and a firefighter had sustained minor injuries.

Meanwhile, a blaze that forced evacuations in San Luis Obispo County tripled in size from Saturday morning to 19,000 acres by the evening. Fanned by hot, dry winds, it was just 10 percent contained, CalFire said.

Some 17 wildfires in various states of containment were burning in California Saturday, from the Six Rivers National Forest in the north to the San Bernardino Forest east of Los Angeles.

An excessive heat warning has been extended until 11:00 pm for much of southern California, with temperature records being broken across the region.

Downtown Los Angeles tied the 1954 record of 36 Celsius while the city's northwestern suburb of Woodland Hills reached a high of 42.7 degrees, breaking the record of 42.2 set in 2006.

"Dangerous and potentially life-threatening heat is expected through (today) when high temperatures between 100 and 110 degrees are expected for many interior sections of south-west California," the National Weather Service (NWS) said in a statement.

The weather service attributed the heat wave to a "strong upper-level high-pressure system centred over the desert south-west," adding that the heatwave could continue into Sunday.

"Hot temperatures will create a dangerous situation in which there is an increased threat of heat-related illnesses. The extended heat wave will also bring elevated fire weather conditions through the weekend," said the NWS.

California Governor Jerry Brown in April declared the official end of the state's drought that lasted more than five years.

But he kept in place water reporting requirements, as well as bans on practices like watering during or following rainfall and hosing off sidewalks.

"This drought emergency is over, but the next drought could be around the corner," Brown said in a statement.

"Conservation must remain a way of life."