Woman does a nude in Paris art gallery 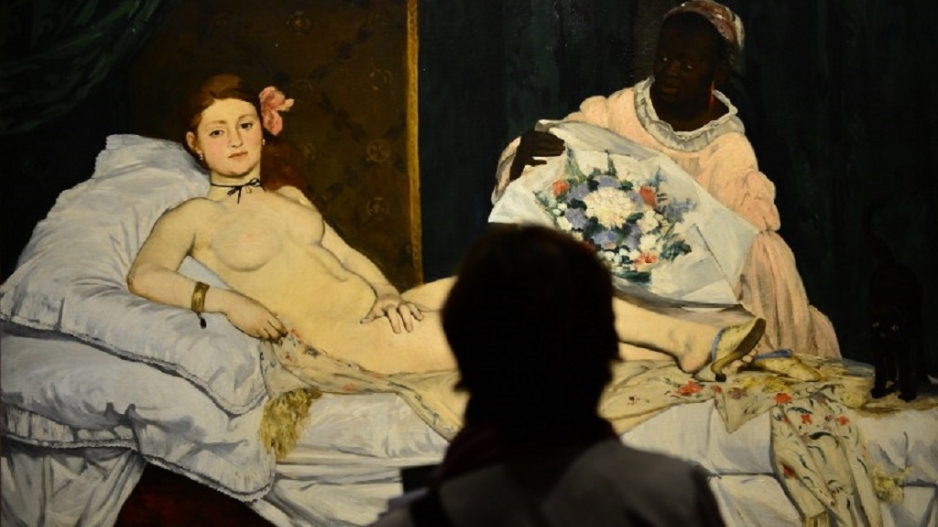 Edouard Manet's 'Olympia' on display at the Doges Palace in Venice in 2013.

PARIS _ A woman has been arrested for indecent exposure after lying down naked in Paris&39;s  d&39;Orsay museum in front of Edouard Manet&39;s similarly nude painting of the prostitute Olympia, her lawyer said on Sunday.

Museum-goers were enjoying an exhibition entitled "Splendour and Misery: Images of Prostitution 1850-1910" when Luxembourg artist Deborah de Robertis got undressed and took on the pose of the famed Olympia.

De Robertis "was wearing a portable camera to film the public&39;s reaction. It was an artistic performance," said her lawyer Tewfik Bouzenoune.

It was not Olympia&39;s first scandal: the painting of a naked woman gazing directly at the viewer created an uproar when it was shown in 1865. It is seen as clearly depicting a prostitute, a real woman unlike the dreamy nymphs, religious or historical figures usually featured in art at the time.

However De Robertis&39;s naked display was a little too real for the museum&39;s tastes.

"There were many people in front of the painting. Security guards responded well, they closed the room and asked her to get dressed," a spokeswoman said.

"As she refused, the police were called and removed her."

The museum has pressed charges for indecent exposure.

It is not the first time the artist has scandalised Paris and the d&39;Orsay. In May 2014 she exposed her vagina in front of Gustave Courbet&39;s Origin of the World painting to reproduce the close-up image of a woman&39;s genitals.

He cited the case of South African artist Steve Cohen who was found guilty of indecent exposure in 2014 after dancing around in front of the Eiffel Tower with a live rooster attached to his penis with a ribbon.

Despite France&39;s reputation as a hotbed of sexual liberation, art and sex have mixed badly in recent years.

In 2014 vandals deflated a massive sculpture of a tree in Paris&39;s chic Place Vendome by American artist Paul McCarthy that was shaped like a sex toy.

Then in 2015 a sculpture by British-Indian artist Anish Kapoor at the Palace of Versailles that was dubbed the "queen&39;s vagina" for its sexual overtones was defaced by anti-Semitic graffiti.