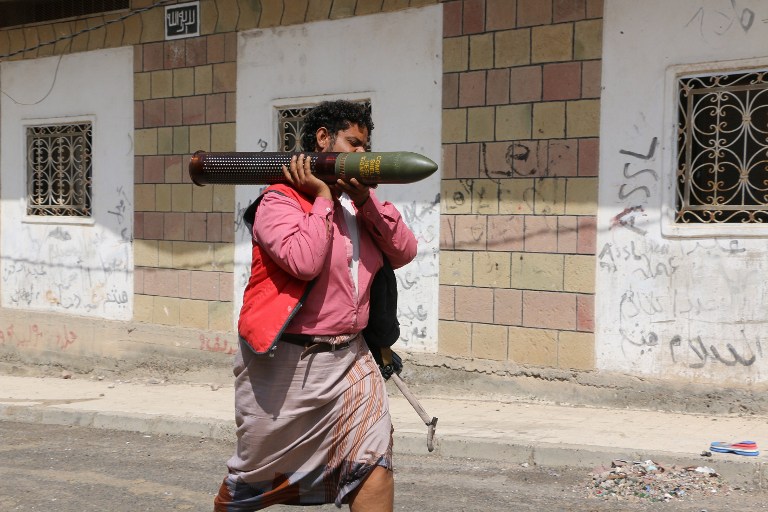 A member of the Popular Resistance Committees loyal to Yemeni President Abdrabbu Mansour Hadi carries a rocket during clashes with the Houthis in Taiz, Yemen on January 31, 2016.

RIYADH, Saudi Arabia -  An 11-year-old child was killed and nine members of his family were wounded Sunday when a rocket fired from Yemen hit their house in a border region of Saudi Arabia, civil defence authorities said.

The child died instantly while the rest of the family were taken to hospital, according to Lieutenant Colonel Ali bin Omair al-Shahrani, who was quoted by the official SPA news agency.

Around 90 civilians and soldiers have died from shelling and skirmishes in Saudi border regions since March when a Saudi-led military coalition began air and ground action in Yemen.

The coalition is backing the Yemen government in a bid to push back Iran-backed Shiite Huthi rebels who had taken over the capital Sanaa.

In Yemen, more than 5,800 people have been killed since March, about half of them civilians, and 27,000 wounded, according to the United Nations.