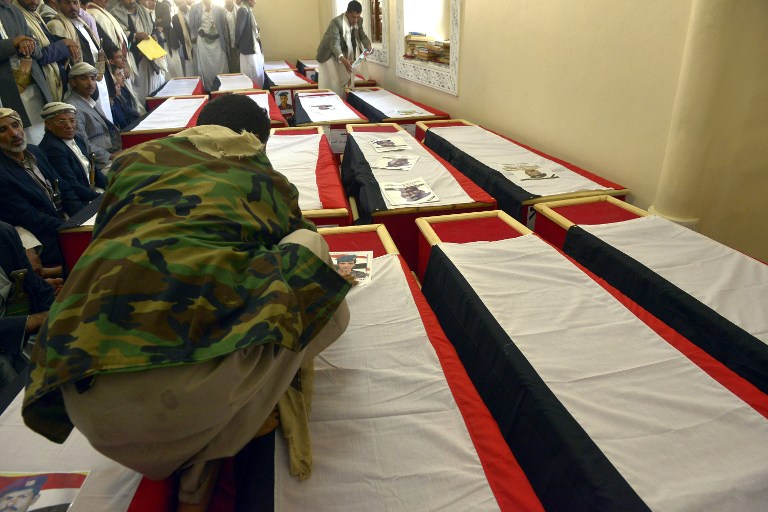 YEMEN, SANAA : A Yemeni man places a portrait of a dead soldier on one of several coffins of victim of bombing attacks on the Gulf of Aden during their funeral at a mosque in the capital Sanaa, on September 22, 2013.

SANAA - An unidentified gunman killed a Yemeni air force officer in the capital on Monday, a military official said.

An assailant riding a motorbike opened fire on Colonel Abdulwahab Azzan as he was driving back from Al-Dailamy air base, 20 kilometres (12 miles) north of Sanaa, the official said.

There was no immediate claim of responsibility for the shooting but Al-Qaeda loyalists have carried out almost daily attacks on security personnel in southern Yemen in recent months.

On Friday, suspected jihadists launched spectacular dawn attacks on three police and army positions in Shabwa province that claimed the lives of at least 56 security personnel.

That was the deadliest attack on the army since a suicide bombing in the capital on May 21 last year in which some 100 soldiers were killed.