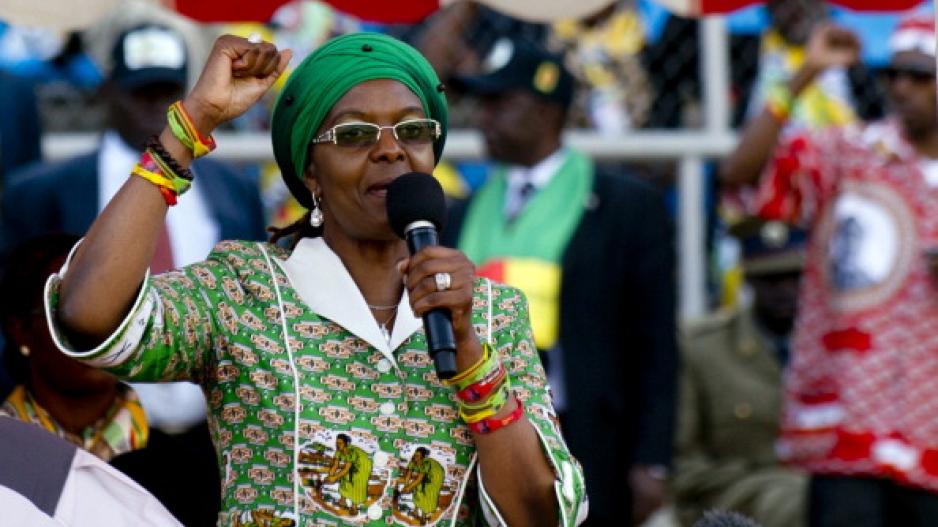 Zimbabwean President's wife, Grace Mugabe raises her fist as she addresses at a rally in Harare on July 28, 2013.

"I must warn the party leadership at every level, not to use the media to abuse the First Lady&39;s name for whatever reason," Simon Khaya Moyo, ZANU-PF chairperson said in a statement.

"The First Family must be respected at all times."

Her appointment -- which is considered a foregone conclusion -- will come at a crunch party meeting in December that will also decide if Mugabe continues at the party&39;s helm.

Mugabe has been in power for close to 34 years, but at 90-years-old, potential successors have begun jockeying for power in anticipation of his eventual exit.

Ahead of the December conference two factions, led by Vice President Joice Mujuru and Justice Minister Emmerson Mnangagwa, are vying for seats and voting power.

Behind the scenes, some party officials have expressed unease about Grace&39;s new roll.

Mugabe is likely to again be appointed party leader, but the division of posts within the party&39;s ruling politburo could be crucial in deciding who succeeds him.