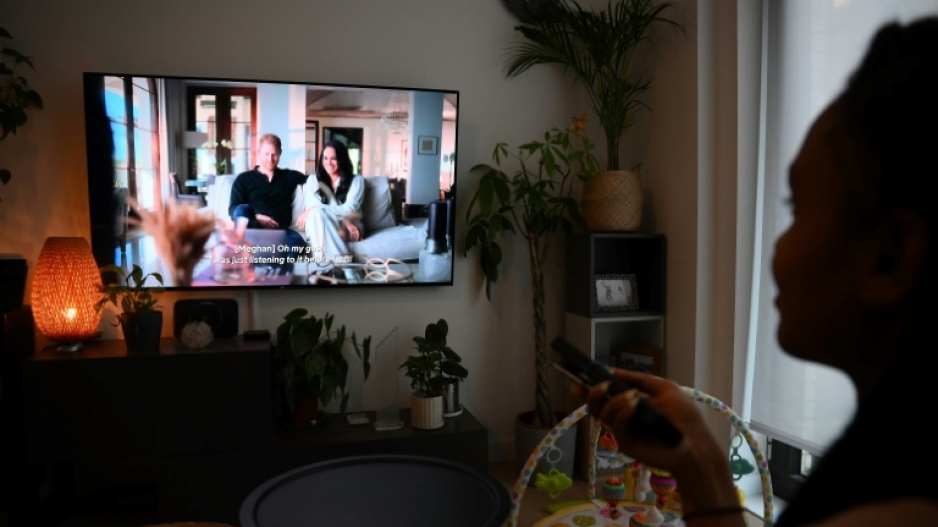 The first three episodes of a docuseries on Prince Harry and his wife Meghan aired on Monday, with the couple taking aim at the media and royal family. AFP/Daniel Leal

LOS ANGELES - Prince Harry slammed the media "feeding frenzy" over his relationship with Meghan in an explosive Netflix docuseries aired on Thursday, also criticising his family for failing to protect her and his mother Diana.

The royal family has been braced for the first three episodes of the six-part series "Meghan & Harry".

The family was largely spared during the broadcast of the first episode, but was still on the end of accusations of "unconscious" racial bias and that it did not help Meghan or Diana after her 1992 divorce from Harry's father Charles, now king.

"To see another woman in my life who I love go through this feeding frenzy, that's hard," said Harry. "It is basically the hunter versus the prey."

"The moment that she divorced, the moment she left the institution, then she was by herself," Harry, 38, said of his mother, who died in a Paris car crash in 1997.

"Yes, she may well have been one of most influential, powerful women in the world, but she was completely exposed to this."

Meghan also took aim at the family for failing to counter negative press reports about her, saying "it was horrible, but I continued to hold the line, like say nothing".

Her husband said the family ignored racist undertones in the reports.

"As far as a lot of the family were concerned, everything that she was being put through, they'd been put through as well. So it was almost like a rite of passage," he said.

"I said the difference here is the race element."

Harry went on to claim there was a "huge level of unconscious bias" within the family, with the documentary referencing a racially charged brooch worn by Princess Michael of Kent to an event that Meghan attended in 2017. 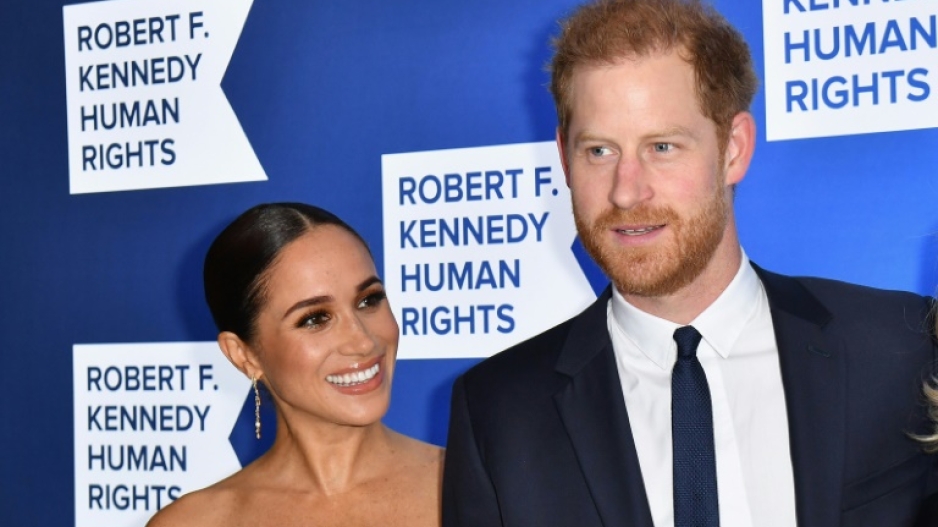 "The thing with unconscious bias, it is actually no one's fault. But once it has been pointed out, or identified within yourself you then need to make it right."

Harry reiterated feeling "ashamed" about being photographed wearing a Nazi uniform to a fancy-dress party in 2005, calling it "probably one of the biggest mistakes of my life".

The documentary is lifting the lid on events that prompted the pair to quit royal life and move to the United States in 2020.

Several British newspapers said the couple had declared "war" on the royal family.

The first parts trace the budding love story, interspersed with personal photographs and videos of the early courtship, and their attempts to keep it a secret.

"When I got to meet 'M' I was terrified of her being driven away by the media, the same media that had driven so many other people away from me," said the prince.

"I knew that the only way that this could possibly work is by keeping it quiet for as long as possible."

In the first episode, Harry compares the US television actress to Diana.

He describes how he found refuge in frequent trips to Africa, and in an apparent barb at his blood family, said: "I have a second family out there, a group of friends that literally brought me up."

But the most serious revelations about royal life and the breakdown of his relationship with brother Prince William appear to be saved for the final three parts, due to be released on December 15.

"It could be explosive," he said, adding: "It's very difficult to know what the royal family can do about it."