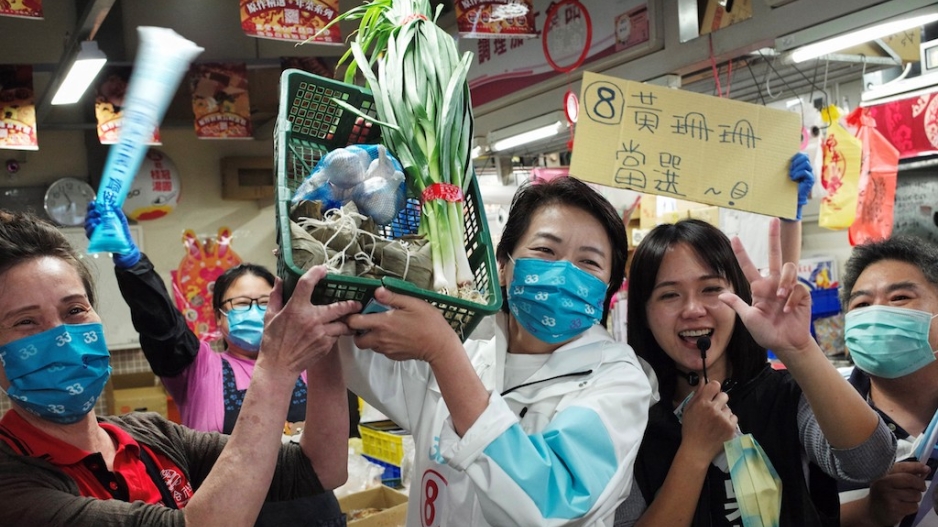 Independent Taipei mayoral candidate Huang Shan-shan (C) posing with a basket of "lucky vegetables" received by supporters during an election campaign at the Huannan Market in Taipei. AFP/Sam Yeh

TAIPEI - When politicians get compared to fruit and veg, it is usually not a good thing.

There was Liz Truss and the lettuce that outlasted her as British PM, Donald "The Orange" Trump and his im-peach-ment woes and the late Zambian leader Michael Sata, who never lived down the comparison to a knobbly sweet potato.

But in Taiwan, politicians are queuing up to have themselves photographed with vegetables as the island goes into election mode.

It is all because of Taiwan's love of homonyms: Words that sound similar but can carry multiple meanings.

Politicians on walkabout have been deluged with gifts of garlic not to ward off any vampiric tendencies but because the Chinese word sounds similar to the one for "chosen".

The daikon radish is a winner too because it is pronounced almost the same as "good luck" and they are happy to accept a pineapple as it is a homonym for "prosperity comes".

While Taiwan is proud of the rude vigour of its democracy, there are limits.

Aubergines do not seem to be making it into veggie bouquets quite yet.