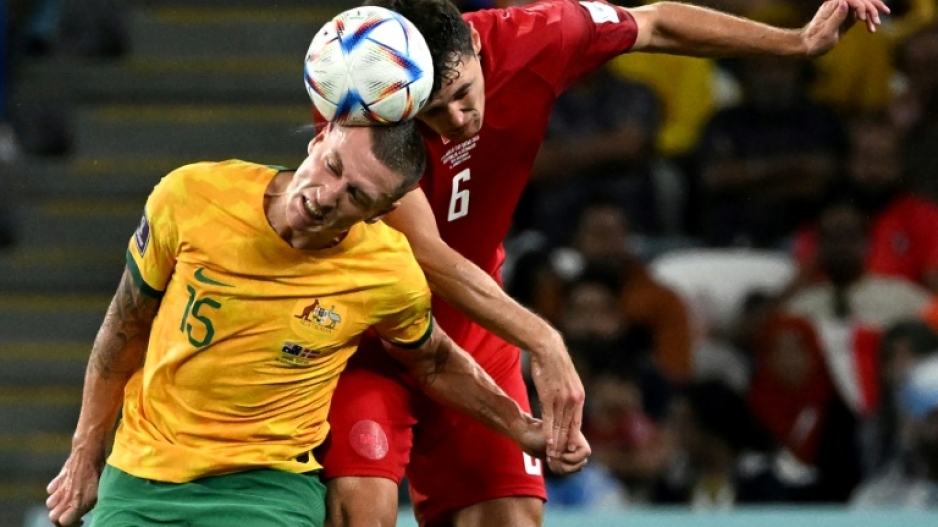 DOHA - Australia reached the last 16 of the World Cup for only the second time in their history with a 1-0 win over a disappointing Denmark on Wednesday.

Winger Mathew Leckie scored the winner on the hour with a smart run and finish to end Denmark's Qatar hopes at the group stage.

Australia, who made the knockout rounds in 2006 when they had Harry Kewell, Tim Cahill and Mark Viduka in their ranks, have now won back-to-back World Cup games for the first time.

They progressed to the knockouts in second place behind holders France in Group D and will play the winners of Group C. Poland are top of that group going into the final round of matches.

The Socceroos do not have the stars of yesteryear but they make up for it with spirit and hard work and showed flashes of quality in a strangely subdued encounter.

Australia's substitutes all had their arms around each others' shoulders for the pre-match national anthem, a sign of the togetherness that had taken them to the brink of the knockouts.

European semi-finalists Denmark, who had to win to stand any chance of going through, were on top in the early stages.

Australian defender Milos Degenek, the only change from the team that beat Tunisia 1-0, denied an almost certain Denmark goal with a crucial block.

Denmark's Mathias Jensen, the Brentford midfielder, shot powerfully at goal and was denied by goalkeeper Mathew Ryan in the 11th minute when he probably should have passed.

Socceroos captain Ryan was in the thick of it again soon after, frantically hacking the ball away with his feet after an incisive run down the left by the dangerous Joakim Maehle.

Australia were just about on top when a sterile first-half meandered to a goalless conclusion.

Australia and Denmark both made one change at the break and spectators at Al Janoub Stadium would have been hoping it might trigger a bit more action in the second half.

Jackson Irvine scooped over the bar shortly after the restart for Australia and then the shock news filtered through that Tunisia had taken a surprise 1-0 lead over a weakened France team.

One minute after that, on the hour, Australia took the lead.

Leckie found himself one on one with an exposed Maehle on the left and turned him inside out before pinging the ball into the bottom corner past Schmeichel. Cue pandemonium from the Australian bench.

Denmark thought they had won a penalty in the 70th minute but there was an off-side and their World Cup hopes slipped away without much of a fight.