England's Sterling to return to Qatar 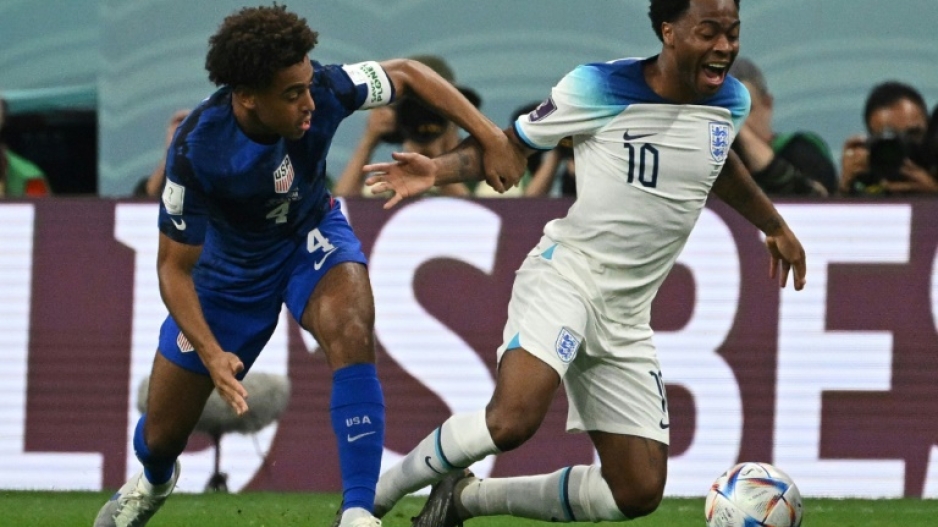 England forward Raheem Sterling is heading back to the team's World Cup training camp in Qatar after returning to England following a robbery at his house. AFP/Patrick T. Fallon

DOHA - England forward Raheem Sterling is to return to the World Cup in Qatar on Friday after spending time in England following a robbery at his home, England's Football Association said on Thursday.

"Raheem Sterling will return to England's World Cup base in Qatar. The Chelsea forward temporarily left to attend to a family matter but is now expected to rejoin the squad in Al Wakrah on Friday ahead of the quarter-final with France," the FA said in a statement.

Sterling did not feature in England's squad for the 3-0 win against Senegal with Phil Foden and Bukayo Saka playing either side of striker Harry Kane.

It would be a surprise should Sterling be picked to start against France although his return does increase manager Gareth Southgate's options from the bench.

British media reports had said that Sterling's home was broken into by armed intruders while his family were in the property on Saturday night.

However, Surrey Police later said that no-one was at home at the time of the burglary and no threats of violence were involved.

The police said the house's occupants were away on an 'international trip' and discovered on their return that a number of items of jewellery, including watches, had been stolen.

Southgate had been supportive of Sterling's decision to leave the camp and return to England.

"At the moment clearly the priority is for him to be with his family. We're going to support that and leave him to have as much time as he needs," he had said.

Sterling has been a key player for England during Southgate's six years in charge.