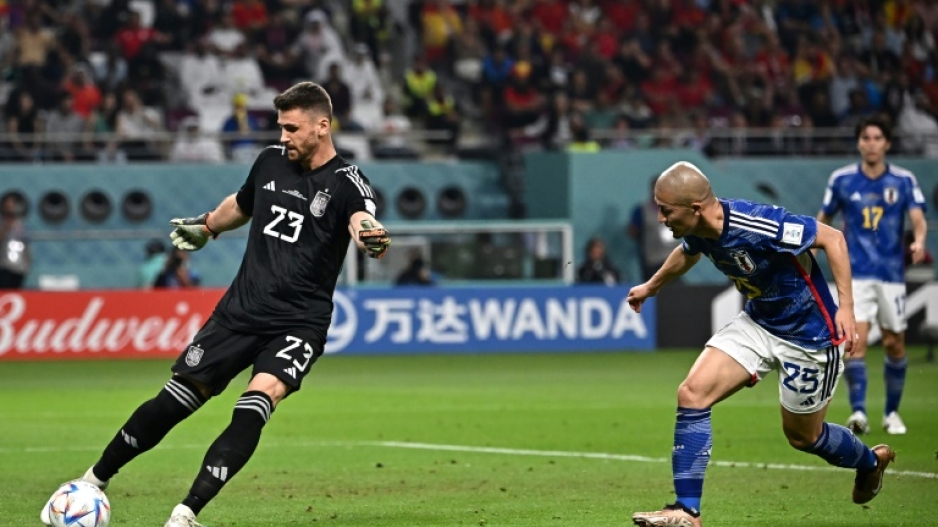 DOHA - Spain's hopes of winning a second World Cup trophy in Qatar lie in the hands -– and feet –- of goalkeeper Unai Simon.

Luis Enrique's possession-based system demands a goalkeeper brave enough to distribute to nearby teammates, even when under immense pressure from opposition forwards.

Sometimes it goes woefully wrong, but the coach has kept his faith in Simon, no matter the criticism received after errors.

Simon survived scares against Germany in the 1-1 group stage draw, while he was at fault for Japan's first goal in their shock 2-1 win over Spain on Thursday.

With Spain losing, for a few minutes La Roja were due to be eliminated.

They dodged that bullet when Germany triumphed, progressing in second place from Group E to set up Tuesday's last 16 clash with Morocco.

Japan laid the blueprint for the North African nation to follow, with Spain malfunctioning completely when the Samurai Blue overloaded their system.

"They scored two against us, and if they had needed two more, then they would have scored them too, I'm sure," said coach Luis Enrique after the game.

With Spain 1-0 up and cruising against Japan at the start of the second half, Simon played the ball out to Alejandro Balde, who was immediately pressed and lost possession.

Ritsu Doan drove the loose ball past Simon at his near post from the edge of the box.

Simon got a hand on it and might have kept it out, with some claiming Manchester United goalkeeper David de Gea would have saved the shot.

However he was never likely to be selected, with Luis Enrique bringing David Raya from Brentford and Robert Sanchez of Brighton as Simon's back-ups, two goalkeepers more comfortable with the ball at their feet -- and who create fewer headlines.

They will have low expectations of featuring, with Luis Enrique making it clear that the 25-year-old is his No 1.

"If Unai didn't play well with his feet, he couldn't be the goalkeeper of the national team," said Luis Enrique after Spain's draw with Germany. 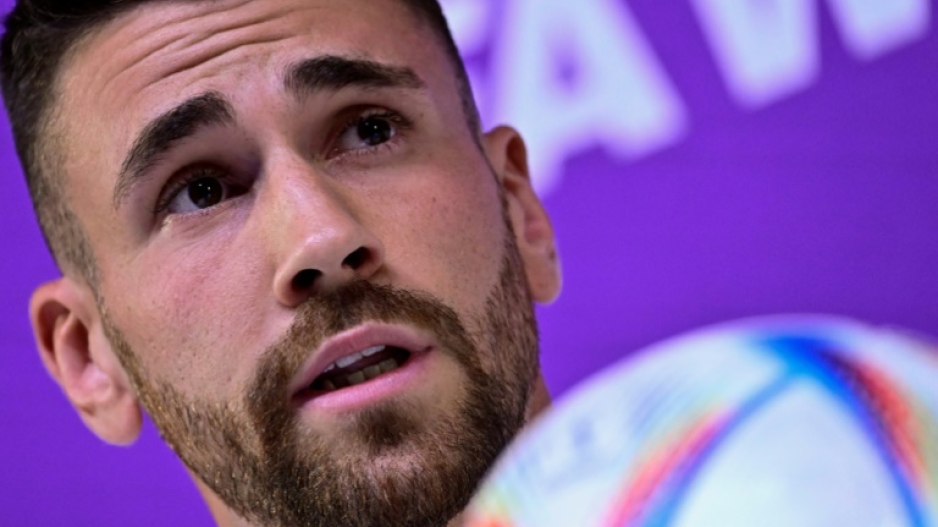 Luis Enrique says when Simon errs it does not worry him, as long as he is carrying out the plan set for him.

The coach's explanations won over the Athletic Bilbao stopper, who emerged after Kepa Arrizabalaga left for Chelsea for a world record £71 million pound (87 million euro) fee for a goalkeeper.

He established himself in 2019 with Athletic, making his Spain debut a year later and being selected at Euro 2020.

Against Croatia, Simon let Pedri's back-pass slip past his foot for a spectacular own goal, but redeemed himself with penalty saves against Switzerland in the quarter-finals.

Unfortunately for Spain he could not repeat the trick against Italy in the semis and the Azzurri progressed.

Keeping hold of the No 1 jersey through that tournament ensured Simon bought further into Luis Enrique's way of playing.

"For me, it's not a risk," said Simon ahead of the Japan clash.

"This national team has known how to solve these situations multiple times, and that's how it will be.

"That's the idea that the coach wants, and he's convinced me of it, and I am comfortable with it."

Luis Enrique hinted his team might work on being a little more pragmatic with longer passes, accepting the Japan loss as a warning.

"If against Morocco we have the fortune to go in front, Morocco will risk it all at full pelt again," said the coach.

"This has to serve as a warning that this is going to happen."

Then again, given the coach's belief in his system, he may even ask Simon to double down on the existing strategy.

"It could generate a tense situation, and the pressure will keep increasing in the knock-out games," added Simon.