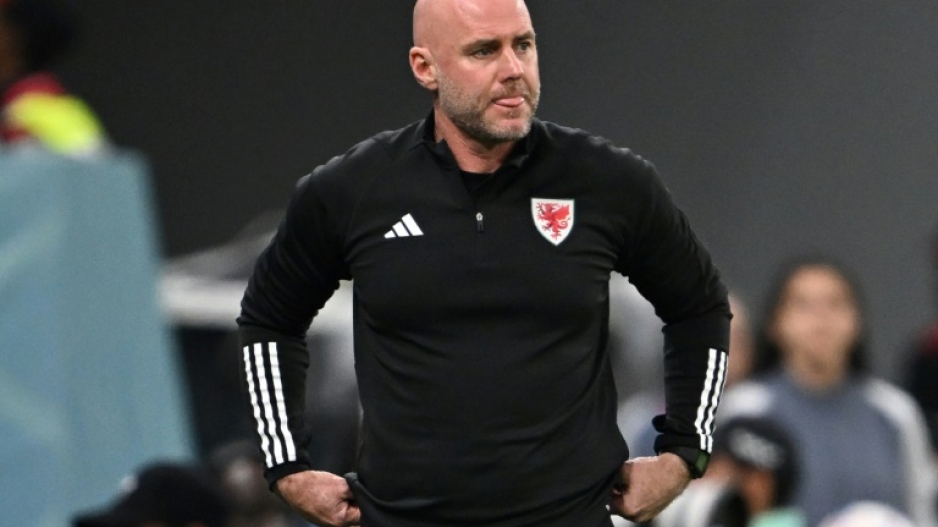 DOHA - Wales will leave Qatar with mixed emotions -- pride at reaching their first World Cup in 64 years mingled with a sense of bitter disappointment that they failed to do themselves justice.

Rob Page's team, cheered on by legions of their "Red Wall" fans in the Gulf state, drew their opening match against the USA 1-1 but then fell to a 2-0 defeat by Iran and were outclassed by England on Tuesday, losing 3-0.

After reaching the knockout stage at the past two European Championships, Wales struggled in Qatar, with ageing stars Gareth Bale and Aaron Ramsey looking well past their best.

"We're disappointed because we know in a couple of the games we haven't really shown our true colours and that's probably the most frustrating thing for me and the group of players," said Page. "They know that themselves. I don't need to tell them that.

"It's important they learn from it. We've had a taste of it, the World Cup and the Euros, and we want to continue to qualify."

The coach urged a focus on the "bigger picture", saying the experience would prove beneficial for his younger players.

"We haven't got the pool of players that England have got and I think they'll go on to do well in the tournament," he said. "For us, it is an amazing achievement to get here.

"We've got to expose the younger players to these environments and hopefully then in future we can continue to qualify."

READ | Wales must give everything to beat England after 'heartbreak': Bale

Full-back Connor Roberts does not believe Wales, who beat Ukraine in a play-off to qualify for Qatar, did themselves justice during their three Group B matches.

"There were patches where we did show what we were all about but they were few and far between and it's a little bit disappointing for a lot of the players, myself included," he said.

The Burnley player said when the dust settles the Welsh squad will reflect on the achievement of even getting to the World Cup but said they wanted more.

"The next accomplishment for Wales' men's team will be to try and get out of the group at the World Cup, whenever that will be," he said.

"We might have to wait a while, we might not have to wait too long but that is the next goal and it's a good thing that football moves quickly. The Euros (qualifiers) starts in March and we need to take experiences and the young players need to learn from this."

Bale, 33, has indicated he wants to continue playing for Wales, while Joe Allen, 32, and Ramsey, 31, have yet to comment on their future at international level.

Page said the shift to a new generation would "happen naturally when the time is right", while Roberts bristled at the notion that the team were ageing fast.

"There's also a lot of people the right side of 30 and a lot of talent in that squad... we've got a lot of young players who can learn from this experience and hopefully take it forward," he said.

One of those young players is Rubin Colwill, 20, who plays for Cardiff in the English Championship.

"It's a great learning experience for not just me but all the younger boys to learn from the likes of Gareth, Aaron, Joe, Ben (Davies), Wayne (Hennessey), all the older boys," he said.

He said Wales had travelled to Qatar with high expectations.

"You've always got to think the sky's the limit really," he said. "We wanted to get out of the group really. We knew it was a tough group and you've seen that on paper and I think you can see that now with the spread of the points in the group.

"Obviously England being the big country didn't really run away with it with the points either so it just shows the standard of the group."