'Like a shotgun' | Tongan eruption is largest ever recorded 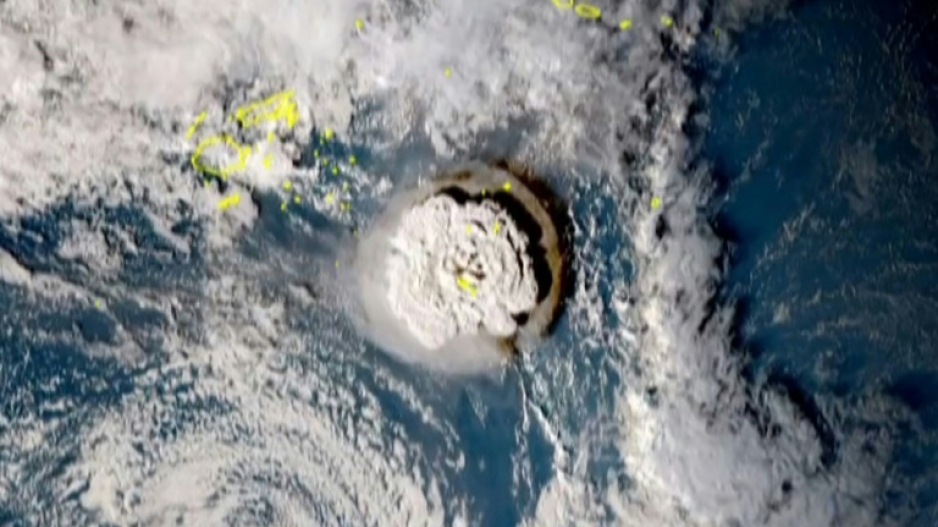 The eruption of the Hunga Tonga-Hunga Ha'apai volcano was so intense it reached beyond the Earth's stratosphere, into the mesosphere

WELLINGTON - A deadly volcanic eruption near Tonga in January was the largest ever recorded with modern equipment, a New Zealand-led team of scientists revealed Monday.

The Hunga Tonga-Hunga Ha'apai volcano erupted underwater with a force equivalent to hundreds of atomic bombs, unleashing a 15-metre (50-foot) tsunami which demolished homes and killed at least three people on the Pacific island kingdom.

The natural disaster also damaged undersea communication cables, cutting Tonga off from the rest of the world for weeks and hampering efforts to help the victims.

A detailed study by New Zealand's national institute for water and atmospheric research shows the eruption blasted out almost 10 cubic kilometres of material -- equivalent to 2.6 million Olympic-sized swimming pools -- and fired debris more than 40 kilometres (25 miles) into the mesosphere, the level above the Earth's stratosphere. 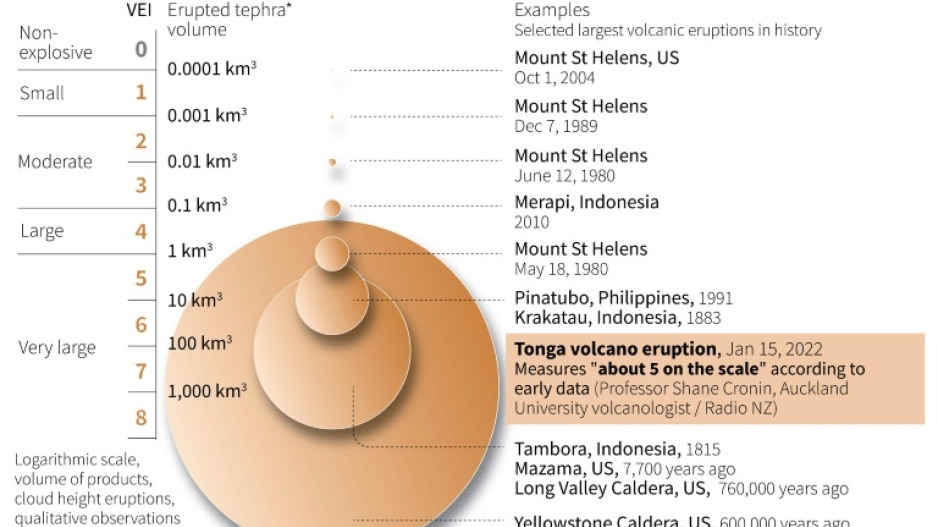 "The eruption reached record heights, being the first we've ever seen to break through into the mesosphere," said marine geologist Kevin Mackay.

"It was like a shotgun blast directly into the sky."

The Hunga Tonga-Hunga Ha'apai eruption rivals the infamous Krakatoa disaster which killed tens of thousands in Indonesia in 1883 before the invention of modern measuring equipment.

"While this eruption was large -- one of the biggest since Krakatoa -- the difference here is that it's an underwater volcano and it's also part of the reason we got such big tsunami waves," Mackay added.

The team of scientists have accounted for three-quarters of the material fired out by the Tongan eruption with the rest explained as debris scattered in the atmosphere. 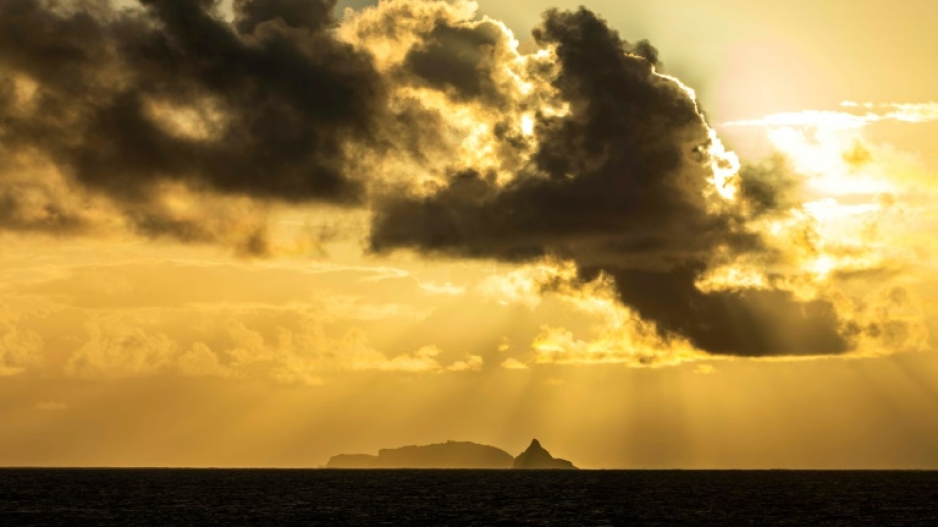 Volcanic material stayed in the atmosphere for months, causing the stunning sunsets seen across the Pacific region

Mackay said the plume is estimated to have contained nearly two cubic kilometres of particles which stayed in the atmosphere for "months, causing the stunning sunsets we saw" across the Pacific region as far away as New Zealand.

His team also discovered that the volcano's crater is now 700 metres deeper than it was.

The eruption's pyroclastic flows -- deadly currents of lava, volcanic ash and gases which reach temperatures of 1,000 degrees Centigrade (1,800 degrees Fahrenheit) and speeds of 700 kilometres per hour -- carried debris from the volcano along the sea floor at least 80 kilometres away.

"But the pyroclastic flows appear to extend beyond that, perhaps as far as 100 kilometres away," said the team's principal scientist Emily Lane.

"The sheer force of the flows is astonishing -- we saw deposits in valleys beyond the volcano, meaning they had enough power to flow uphill over huge ridges and then back down again."