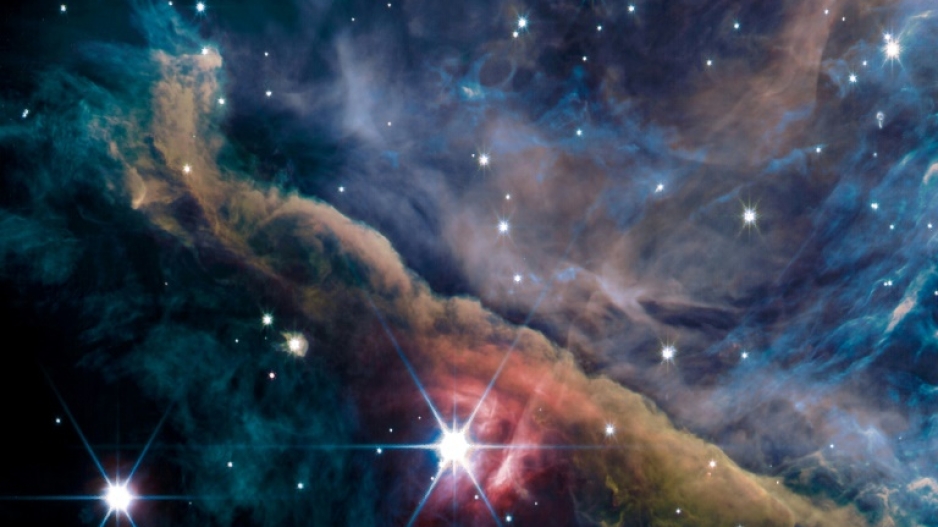 The inner region of the Orion Nebula as seen by the James Webb Space Telescope. AFP/NASA/ESA/CSA

PARIS - The James Webb Space Telescope lit up 2022 with dazzling images of the early universe after the Big Bang, heralding a new era of astronomy and untold revelations about the cosmos in years to come.

The most powerful observatory sent into space succeeds the Hubble telescope, which is still operating, and began transmitting its first cosmic images in July.

"It essentially behaves better than expected in almost every area," said Massimo Stiavelli, head of the Webb mission office at the Space Telescope Science Institute, in Baltimore.

"The instruments are more efficient, the optics are sharper and more stable. We have more fuel and we use less fuel," said Stiavelli.

Stability is vital for the clarity of the images.

"Our requirement was similar to that of Hubble, in terms of pointing accuracy. And we ended up being seven times better," the mission office chief added. 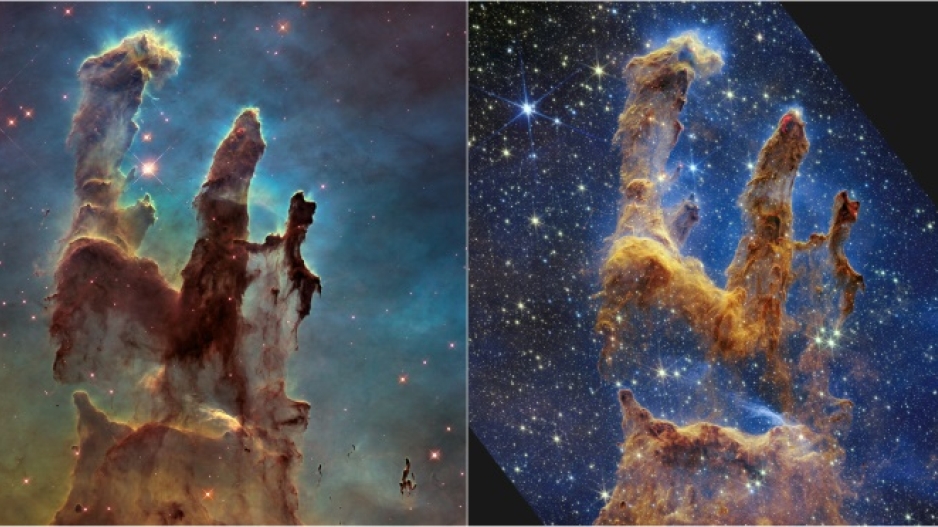 The Webb telescope's infrared sets off a kaleidoscope of colours for the 'Pillars of Creation'(R) compared to the Hubble telescope's 2014 view by visible light. NASA/ESA/CSA/AFP

Public appetite for the discoveries has been fed by the colouring of the telescope's images.

Light from the most distant galaxies has been stretched from the visible spectrum, viewable by the naked eye, to infrared -- which Webb is equipped to observe with unprecedented resolution.

This enables the telescope to detect the faintest glimmers from the distant universe at an unprecedented resolution, to see through the veil of dust that masks the emergence of stars in a nebula and to analyse the atmosphere of exoplanets, which orbit stars outside our solar system.

"The first year (of observation) is a way to test out the tool for the small rocky planets in the habitable zone that could potentially be like Earth," said Lisa Kaltenegger, associate professor in Astronomy at Cornell University.

"And the tests are beautiful. They're spectacular."

Webb blasted off aboard an Ariane 5 rocket at the end of 2021 crowning a 30-year project at the US space agency NASA.

En route to final orbit, Webb deployed a five-layer sunshield the size of a tennis court followed by a 6.5 metre primary mirror made up of 18 hexagonal, gold-coated segments or petals. 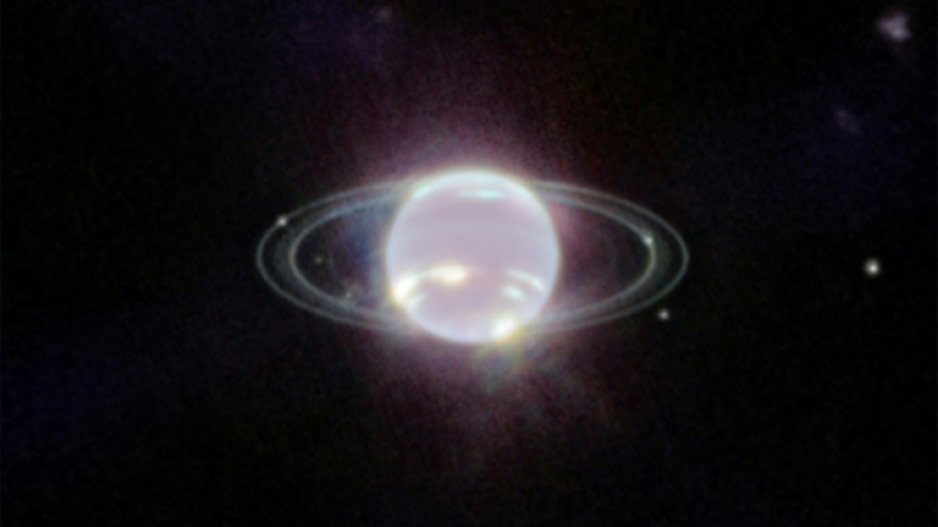 Once calibrated to less than a millionth of a metre, the 18 petals began to collect the light pulsing stars.

Last July 12, the first images underlined Webb's capabilities unveiling thousands of galaxies, some dating back close to the birth of the Universe, and a star nursery in the Carina nebula.

Jupiter has been captured in incredible detail which is expected to help understand the workings of the giant gas planet.

The blue, orange and grey tones of the images from the "Pillars of Creation", giant dust columns where stars are born, proved captivating.

Scientists saw the revelations as a way of rethinking their models of star formation.

Researchers using the new observatory have found the furthest galaxies ever observed, one of which existed just 350 millions years after the Big Bang some 13.8 billion years ago.

The galaxies appear with extreme luminosity and may have started forming 100 million years earlier than theories predicted.

"In the distant Universe, we have an excess of galaxies compared to models," David Elbaz, scientific director for astrophysics at France's Alternative Energies and Atomic Energy Commission, told AFP. 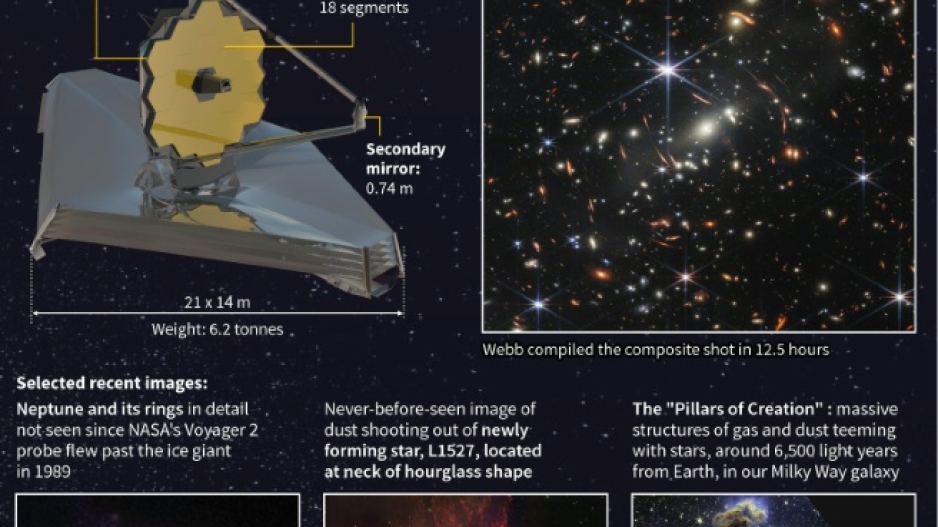 Another surprise has been that where Hubble essentially observed irregular shaped galaxies, the precision of the Webb telescope produces magnificent spiral galaxies similar to our own.

This has led to musings over a potential universal model which could be one of the keys to star formation.

Webb also opened up a profusion of clusters of millions of stars leading, which could be the potential missing link between the first stars and the first galaxies.

In the field of exoplanets, Webb honed in on a faraway gas giant called WASP-96 b, which was discovered in 2014.

Nearly 1,150 light-years from Earth, WASP-96 b is about half the mass of Jupiter and zips around its star in just 3.4 days

Webb provided the first confirmation that carbon dioxide is present in the atmosphere of Wasp 39-b.

- by Pierre Celerier with Lucie Aubourg in Washington